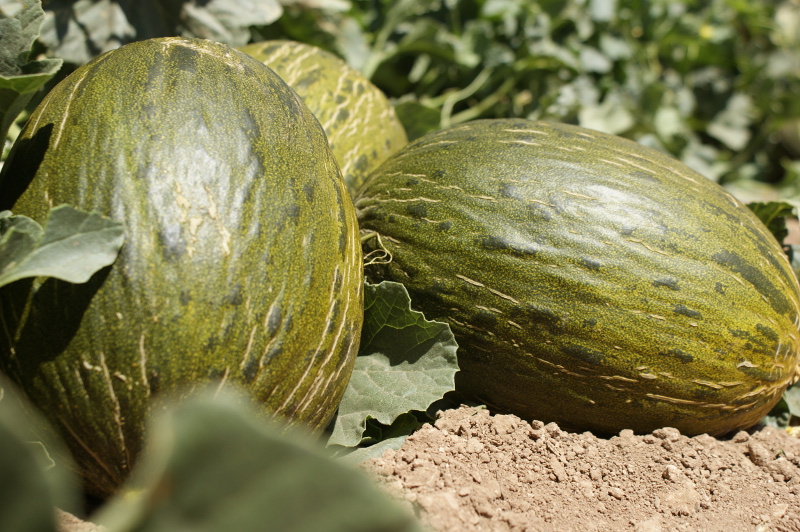 The brand is extending its melon portfolio, focusing on flavour and resistance development

From next year onwards, Seminis will launch onto the market three important new developments in the piel de sapo melon category, a segment that is on the rise, stimulated by the boost in the mini varieties for export, which make up 5% more in sales every year. To respond to the demand for specific varieties, the R&D department has developed SVMP3228, a mini-calibre material the flavour, post-harvest and resistances of which (strain 3.5 of powdery mildew and tolerance to aphids) allow its production as an ecological crop and turn it into an ideal option for export. José Guirado, Technology Development Representative, also indicates another characteristic to be taken into account: the possibility of producing it 365 days a year, guaranteeing a continuous supply in Europe, since in addition to being able to grow it in Spain, it adapts very well to the weather conditions in Costa Rica, Brazil and Senegal.

In conventional calibres, Seminis has another two new developments, SVMP8001 and SVMP8486. Both share the same characteristics (early produce, good flavour, resistance to powdery mildew and tolerance to aphids), but they are focusing on different regions and times of year. The first is for the mid segment in Murcia (transplanting in April) and the second is focused on the early cycle in Castilla-La Mancha.

Within the offer of Seminis’ Piel de Sapo seeds, this year Fonseca is facing up to its second year on sale with growth prospects in La Mancha. Producers like this variety, for middle transplanting, due to its high production and to its great flavour and an average size of 3 kg, which has turned it into an ideal option for the most discerning consumers.

Turning our attention to another line, the Galia melon Cyroline continues to be successful. “All the varieties are early, highly productive, they have a very good flavour and they are easy to cut. Additionally, the new ones include more resistances,” Guirado explains. For the early segment in Murcia, the reference is Verdasco and for the middle-late cycle in Cartagena and La Mancha, there is the SV5133MG.

For the producers of Charentais, they have a new development, currently in its first year on the market in France and in the pre-sales phase in Spain: Funchal. Recommended for the early-middle segment in Murcia (15th of February to the 15th of March), it stands out for its production and the healthiness of the plant, due to the resistance to fusarium, amongst other aspects.