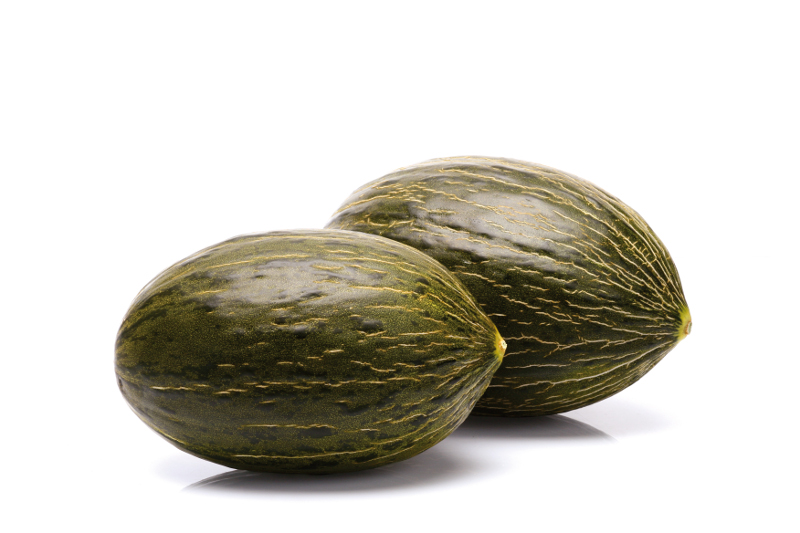 The new melon developments by Rijk Zwaan incorporate early reaching of Brix, bringing security and confidence to the chain

The seed company, Rijk Zwaan is renewing its portfolio with materials that guarantee consumer satisfaction and bring many advantages with them for both farmers and the distribution channels, as may be seen at the Global Melon & Watermelon Event on the 4th and 5th of July in Murcia, and in the ‘Supply Excellence & Innovation’ conferences, with the Cajamar Innovation Manager, Roberto García, and the Fruit Manager at Consum, Miguel Ángel Bolaños. In the main category, Piel de Sapo, the new generation stands out due to its speed in reaching the optimum Brix level (a week before cutting), along with an excellent post-harvest. In this segment, three varieties are included that cover the entire cycle: 34-106 RZ, for Almeria and early planting in Murcia and La Mancha and late planting in La Mancha, with resistance to powdery mildew and aphids; Flecha Verde RZ, for middle cycle in Murcia and plantations from the 20th of May to the 20th of June in La Mancha, the intense flavour and fast increase in the sugars, which turn it into a premium product; and Galactus RZ (34-145), with resistance to powdery mildew and aphids and greater flexibility in the plantation window than Flecha Verde RZ.

A new generation for the Yellow segment that has improved Pekin RZ, Ducral RZ and Yeral RZ, by bringing resistance to powdery mildew and aphids and improving the resistance and the firmness. The range is complemented with Limal RZ (under glass in Almeria). In early melons, there is 34-189 RZ, and these are complemented with 15-A225 RZ and 15-A353 RZ for middle and late transplanting.

The great innovation in Galia is 34-218 RZ, an ‘extended life’ variety that changes from green to yellow when it becomes ripe, indicating cutting time. It has over 15º Brix and has a strong flavour. In the new Galia line 34-211 RZ also stands out, a long life fruit with a fast rise in sugar. And for greenhouse fruit, there is 34-216 RZ, with a balanced plant, ease of setting and a high Brix level in hot conditions, guaranteeing sweet melons at the beginning of the season.

Aromatic, with good resistance on the plant and a firmer flesh than other traditional varieties when ripe, offering consumers the traditional texture of this typology. Once again we are talking about Belharra RZ, designed for transplanting from mid-January to mid-February in the Campo de Cartagena, and with the bonus of its resistance to aphids.

In Charentais, along with Signol, Barriol and Frivol, Rijk Zwaan is presenting 34-504 RZ, for transplanting from March to the 10th of April in Cartagena and early periods in La Mancha. Two weeks after the harvest, it continues to show a very good long shelf life, as well as good brix level and a clean appearance with marked bands. Its size is in between Signol and Barriol, and it is resistant to powdery mildew race 3.5 and aphids.

Rijk Zwaan is completing the range of micro-seed pollinators with three varieties that have a differentiation in skin colour and the size that the market demands. Gatinho RZ (an ideal complement for Tigrinho RZ), with striped skin and a small size for late plantations, both under glass and in the open air. 62-182 RZ, the partner of Conguita RZ, with black skin and early ripening, with a 4 kg calibre, for greenhouse and early open air plantations. Finally, the Crimson type 62-430 RZ reaches 3-4 kgs, with a deep red colour.

In triploids, there is Lawrence RZ for greenhouse cultivation, very early, with striped skin on a dark green background and weighing 5 to 6 kg, with very deep red flesh. Kidman RZ (late under glass) complements the above fruit and a new variety for open air cultivation, striped on a light green background, 6-7 kg, a high sugar level and good post-harvest and good behaviour when handling due to the resistance of its peel. Finally, Amaltea RZ is an intense black-skinned variety, with an eye-catching contrast due to the deep red colour of its flesh. Early ripening, it ranges between 5-7 kg and is perfect for both greenhouse and open air plantations.