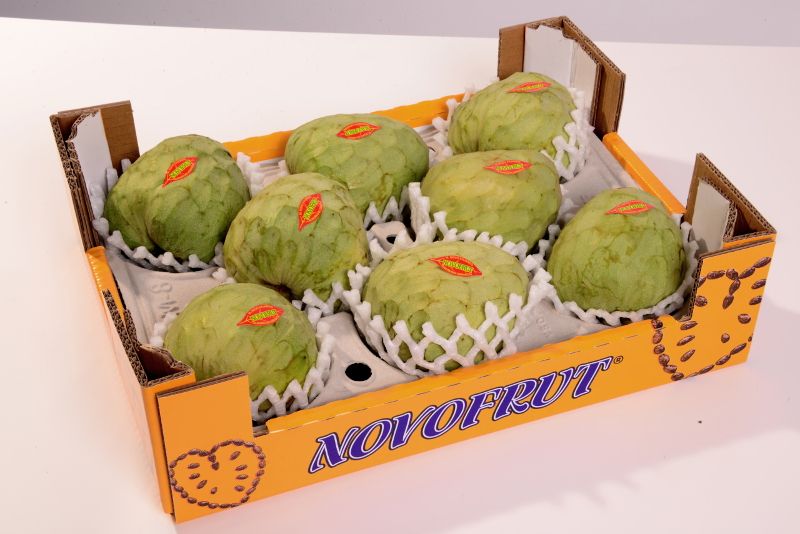 In countries as demanding as Sweden, Novofrut has managed to end the 2016 campaign to the complete satisfaction of its clients.

The idea of giving priority to quality over quantity is not just a catchphrase, at least not in the case of Novofrut. It is sufficient to look at last year’s balance, where they did not have a single complaint in destinations such as Sweden. In order to obtain fruit in perfect organoleptic conditions, this small family-run company looks after every detail, from the fields until the produce is sent to its destination, exhaustively monitoring the handling, harvesting the fruit at a suitable point of ripeness and performing most of the processes by hand. They also pass on this care to the personal relations with their clients, establishing a friendly treatment with them. In this way, at Novofrut, they are trying to differentiate themselves in an area with ever increasing competition, both from large companies with enormous volumes, and farmers who see great potential in tropical fruit.

All these factors make up this company’s success, which has been working in the sector for over four decades, firstly with an emblematic product from the coast of Granada, the custard apple, and later on with other fruit that have continued to grow in importance: avocados, mangos and, to a lesser extent, medlars. During this 2016/17 campaign they foresee a 15% growth in invoicing and reaching 3.5 million kilos amongst all their references. Of these, custard apples are the ones that represent the largest volume, with 1.5 million kilos and, as a new development, they have started to market smaller fruits (14 units). “We are exporting more and more. Currently, we send 50% to countries such as Portugal, Belgium, Holland and the United Kingdom”, José Francisco Novo, the sales manager details.

For Novo, this produce is undergoing a period of expansion. On the one hand, “ in the Vega de Motril there are many new plantations and this compensates for those that have been removed in the mountain areas and replaced with mangos or avocados”. And on the other hand, “the company is becoming increasingly well-known both inside and outside our borders”. The key to continue increasing sales is to carry out a good post-harvest control and use quality transport to ensure that the fruit arrives at its destination in good conditions. In addition, they are studying the use of ethylene bags that delay ripening.

However, all these efforts are overshadowed by a problem that the sector has been dragging along with it for many years: the lack of infrastructures to channel water from the Béznar and Rules reservoirs. “As it has rained this year, nobody remembers to mention it, but action is urgently required”, Novo states. From the Rio Verde irrigators’ community they are already working to accumulate water using ponds. A solution that may be of help, but that cannot settle the water problem.