Onubafruit, a leader in R&D+i investments” 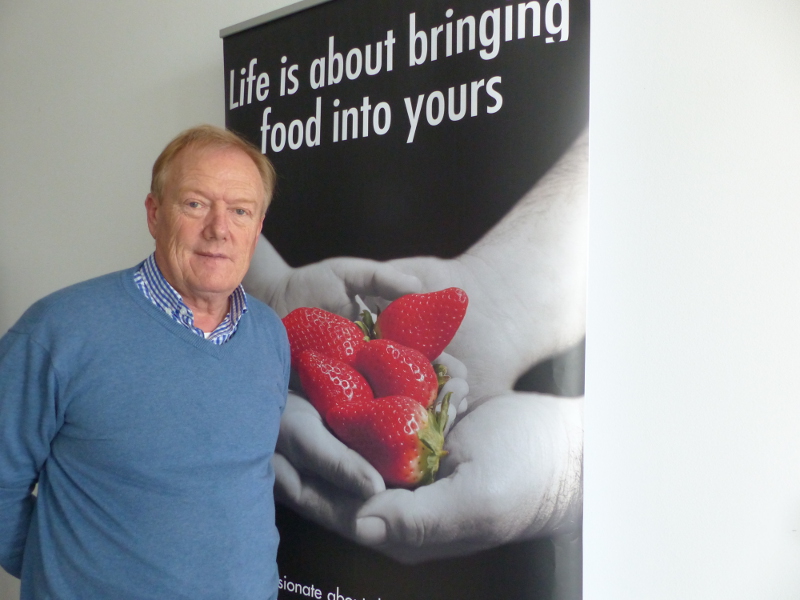 Investing in research is becoming increasingly more important and Onubafruit has been aware of this for some time. Thanks to this commitment to R&D+I, this second-degree cooperative continues its full expansion phase.

The production data collected emphasises that the surface area for strawberries remains stable in the province, while bilberries are rising and raspberries have dropped by up to 8%. For Onubafruit, one of the few companies that continues opting for raspberries, this drop is not due to Moroccan competition, and it offers a point that is contrary to that generally heard: “we have increased raspberry surface area by 20%.”

Francisco Sánchez, the company’s Manager, affirms that “Onubafruit is a leader of the sector because it is one of the companies that spends most on R&D” aimed at expanding, particularly in bilberry varieties. “We already have our own varieties of bilberries on a small scale. Additionally, we have eight varieties that are well-known on the market, very early varieties, others that are very quick to produce and, above all, varieties that are highly appreciated for their flavour,” Sánchez explains.

The fact of having one of the varieties that is produced from the end of November until the end of February could mean they can compete with Chilean bilberries that are marketed in Europe and, therefore, this might resolve one of the greatest problems in the agrifood sector: fruit and vegetables imports from other continents. One of these early varieties is Demba.

The executive considers it important for his company to have “these possibilities” and he forecasts that, “in two or three years, everything that was previously around will disappear: new varieties will arrive, not only in Onubafruit; there will be a very significant variety conversion.”

What does concern Francisco Sánchez is the strawberry situation. “The new trends involve bilberries and avocados because it is very likely that they will give the same profitability as strawberries, or a little more, but with less work. However, Sánchez points out that the strawberry is a fruit that should be respected more, as “it is by far the most attractive product in the greengrocer’s from January to May.”

Furthermore, he affirms that during last season strawberries reached “the best price in history, but not the best profitability in history: with a good price we are in debt, therefore when there is a bad year, we may lose money.”

Sánchez has also commented on other very serious topics, such as labour. The strawberry harvest continues to involve a considerable physical effort, in spite of the fact that hydroponic crops are increasingly being promoted and new crop methods are being sought that reduce the need for so much manpower.

Accordingly, Sánchez states that he is not only talking about the labour, but also that the farmers and marketers are the object of constant criticism: “they call us culprits and state that we don’t pay, they say all sorts of things about us and very few people defend us. And by no means do the farmers want to mistreat their workforce, when it is what they most need; it is the most important element for them.”