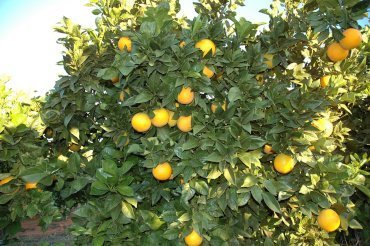 After signing the protocol with China (2015), many operators launched onto the Asian giant’s market, but not all of them managed to stay and make a name for their brands

SAT Síntesis was one of the pioneer companies. Fruit Today had the chance to talk to José Carrascal about this market and the current citrus fruit campaign.

The company has its own head offices, warehouse and sales network in Shanghai, and it has an agreement with an Australian company to permanently supply the Asian dragon.

How is the first part of this campaign, which is about to reach its end, proceeding?

Firstly, we must point out that we have a harvest framework of between 20% and 30% less. The Navelinas are of average quality; they are chafed and the trees have little fruit. This lower production meant that the prices in the fields were maintained; moreover, these prices were the same as those of a campaign with normal quality, where the lack of quality has not made an impact.

What do you expect for the second part of the campaign?

The varieties that will come onto the market soon (Navel, Chislett, Powel, etc.) are continuing with this lack of volume, but they have good quality. A certain amount of speculation is being detected and the prices are rising above those of a normal campaign. The lack of kilos, which is not unique to the Spanish market, is causing the large operators to buy and corner the market in order to be able to supply the distribution chains. Obviously, this fact means that the prices rise because there is an important dynamism when purchasing in the fields.

You represent a company that is focused on the international markets and has been present on the Chinese market since the protocol was approved. How is the shipping proceeding?

In the first part of the campaign we have only sent six containers because China is in its production phase. They have a smaller harvest, but it is enough and the Chinese consumers are not particularly keen on the Navelina orange. Even so, we have loaded M7 to arrive before the Chinese New Year, which starts on the 15th of January.

Do you think that Spanish exporters have known how to position themselves on this great market?

China is a difficult country. I think that many people took this market on in a slapdash way, without any preliminary analysis or strategy, because the same criteria used in Germany cannot be applied here. To reach China well, the system must be organised from the word go. The harvesting in the fields is one of the most critical moments due to the cold processing that they demand of us. For this reason, the skin must be well weathered and finished in order to escape the risk of blemished fruit.

It must be taken into account that the transit time is long and new complications can always arise. Last year, there was a massive presence of anthracnose, which was not detected here and progressed during the journey. When they arrived there, the citrus fruit had brown skins. This year, we have carried out specific treatments during the flowering and ripening phases and we believe that it won’t happen again.

What role does the European market play?

In Europe, even this year with less production, there is an escalating war to drop the prices and there is a continuous threat of being replaced by Greek or Egyptian suppliers.

In circumstances such as the ones that could arise now, where we might have to degreen Lanes in December, we can’t fight for a price in line with the circumstances. At this point in time, we have Egyptian fruit on the market and it is a very tough rival that is getting better all the time. I think that in a few years’ time Egypt will overtake Spain as the leading exporter. We hope we have not purchased at high prices in the fields, for the Egyptians to come along dropping the prices.

What do you think about the new World Organisation for the sector?

At Asociafruit, we have not yet made a decision. Personally, I don’t know the organisation’s goals and intentions, but if its aim is good for the sector, a priori, I would say that we should be in it.