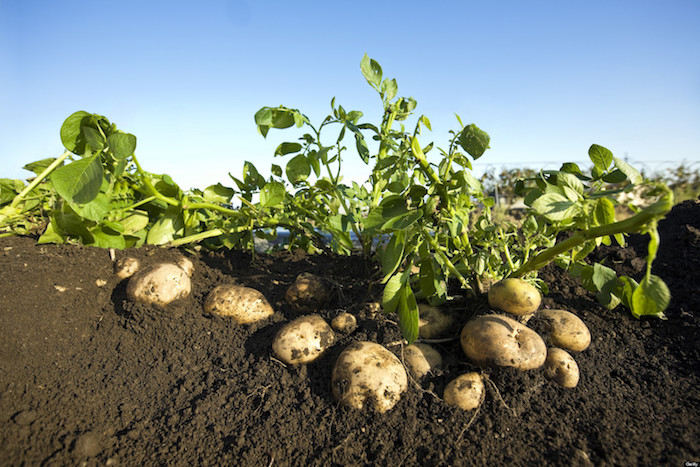 The potato crop is seeing how its costs increase every day, without any possibility of passing them on. In addition, the large retailers demand a visually perfect potato in a campaign in which the weather conditions have not made this possible.

Potato producers and marketers are sick and tired of the demands imposed by the large retail sector that want to ensure that the potatoes on display on their shelves are completely perfect. The rejections of produce where the quality is not affected, but the imperfect outward appearance is all that matters are the order of the day. Added to this is a situation of rising costs, both for the cultivation itself and at the preparation centre, which are putting the sector in a delicate position.

The situation is so serious that from the trade union they have warned that if the large retail sector does not adapt to the product’s agronomical determining factors, which mean they are looking uglier than usual, there could be shortages in the shops.

This situation was caused by the difficult weather conditions that the crops have been subjected to this season. A summer marked by important heat waves and heavy storm rainfall.

Potato production has been affected, both in Spain and in the rest of Europe, due to the premature drying of the plant, which makes it lose its good appearance, giving it a worse visual aspect, although this does not affect its culinary qualities and it can be eaten with total confidence and all the health safety guarantees.

There is also an added difficulty for the marketing of the product, given that apart from a worse appearance, the drying out before time has caused the potatoes to be ready ‘all at once’, increasing problems with their storage, as the tubers cannot be left in the ground, but they also cannot be stored in conventional warehouses as a result of the high temperatures recorded until mid-September.

Another of the great handicaps being experienced by the potato crop, although this is also affecting the entire fruit and vegetable growing sector, is the substantial increase in all the business’ inputs with treatment prices above average for 2021 and greater energy costs for storage 2021-2022. This situation, instead of remitting, will continue to rise throughout Europe, which is seeing, in general, how energy costs continue to rise.

A drop in production

The total production in the NEPG zone (A Group of Producers that includes Germany, the UK, France, Belgium and Holland), is placed at around 22.4 million tonnes produced over a surface area of 497,700 ha.

A figure that is lower than last year’s owing to the reduction in sowing area (partially, due to advice given by the association itself on this point), and very similar to the 5 year average.

In some areas of Belgium and Western Germany, rainfall in the middle of July reached historic maximums. From mid-July onwards, the problems of potato rusting or mildew have been a constant worry for the producers, who have reached record levels in treatment costs.

The yields are approximately the same as last year’s, that is to say, 45 tonnes/ha and slightly above the 5 year average, although there will be important differences between the gross and net yields.

Furthermore, once the worst stretch of the pandemic had passed, the potato processors have been working at full capacity. Exports from the EU-27 had very good results in June (+ 63 % compared to June, 2020).

The total sales of European processed potato products increased by 13% compared to 2019/20.

PrevInnovation and consumer demand: the strategic priority of Patatas Meléndez
Zespri’s™ secretNext
YOU COULD ALSO BE INTERESTED IN