Pozo Sur starts along the ‘eco’ route and is diversifying 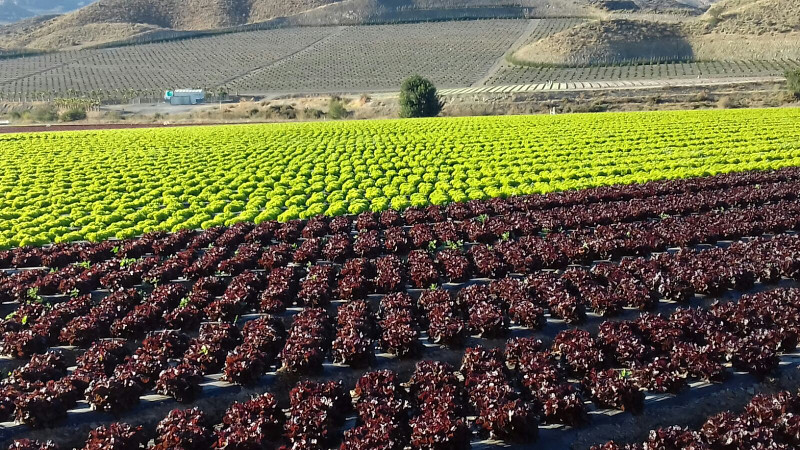 The weight of the production is divided up amongst watermelons, leafs and vegetables

Pozo Sur is immersed in a restructuring process. Although historically its main products have been watermelons (40% of its total production) and leafs (35%), the company is intending to change the direction of its strategy, diversifying the production more and giving more attention to vegetables (currently 25% of its volume) to divide up the weight of its commercial activity. “We want to have a weighting of 30% in each of the lines (watermelon, leaf and vegetable) to be able to face up to any unforeseen circumstances and drops in price and, additionally, in around 8 years time we want to offer the ‘eco’ option in all the crops, reaching between 15-20% of the total volume,” the manager, Juan López, tells us. The delicate situation being experienced by open air crops at present due to the region’s water shortage, along with the positive evolution of prices that vegetables such as courgettes are recording and the increase in ‘bio’ purchases by consumers, are some of the keys behind these changes. It is worth mentioning that the company led by Juan López started out on the ecological route this year with pumpkins and, from next year onwards, its eco version of watermelons will incorporated.

In 2016/17, the company’s production balance in the leaf segment closed with 36 million heads of iceberg and around 12 million units amongst all their specialities. And this year “we are going to maintain our iceberg production and we will grow in specialities to attend to the increasing demand for more combinations of textures, shapes and colours.” The company from Murcia has 630 hectares for the crops of mini red and green romaine lettuce, baby (also in both colours), lollos and pak choi. This last produce is where an increase in the demand is being noticed, as they started marketing it just three years ago and its growth margin is greater, reaching a rate of +50% per year.

Competition and production: the key elements

Although the area where the company has been located for 15 years now, Águilas, began facing up to the water problem with the start up of desalination plants, the lack of rainfall and political will is putting the harvests at risk. “We are insignificant for the Public Administrations; they just tell us to change our production model. The most deplorable point is that no industry stops working due to a lack of electricity and we are going to have to come to a halt due to a lack of a resource as basic as water”. In López’s opinion, the only mechanism to put pressure on is the lack of produce, which will have a direct repercussion on consumers via the price. “With a shortage of 5%, the increase is of 100%. Competition and production are the keys to regulating the market.”