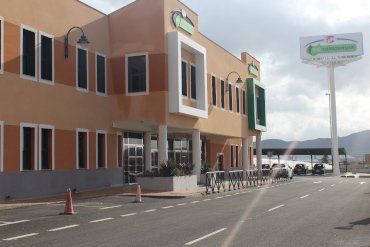 Coprohníjar will experience a 3% drop in tomato surface area this campaign.

In this campaign, once again Almeria is losing surface area and volume in tomatoes, whilst other competitor countries continue to rise. A “dangerous and concerning” trend that has been occurring for several years due to problems such as the rise in labour costs and the price of consumables, made worse by the pandemic, which have increased expenses by around 15%. “With the prevention steps, the workers on the lines have to be cut by 50%, but the jobs are permanent and they have to be paid whether they put one kilo or five through the machine.”

“Profitability is fading, little by little,” the chairman of Coprohníjar, Juan Segura warns. “Costs are no longer being covered in some products and at times money is being lost. Above all, in fat tomatoes, which have dropped significantly, as well as vine tomatoes.” Even in small-sized or cherry tomatoes “some classifications are at the limit of profitability at some points of the year due to offer from other sources.”

In spite of everything, at Coprohníjar, one of the reference companies in the sector, the keynote is stable. According to the first forecasts for this 2020/21 campaign, they will experience a “not very significant” drop of 3-4%.

Last year they marketed 30 million kilos of tomatoes amongst all the different types (mainly cherry in all its varieties, with 26 million kg), invoicing 44 million euros with this category.

Working with contracts and closed programmes for a high percentage of their volume has “saved” them, as this guarantees a large part of the invoicing.

Additionally, to attempt to reverse this situation, the company has opted for the differentiation route, starting up a joint project with Vicasol: the launch of the Flou tomato.

If things continue in this way, the future will be “quite complicated,” Segura forecasts. “Brussels has to defend us. The entry of produce from third countries must be regulated and the profitability recovered or many people will move on to other crops, which could be a problem for Almeria. Shall we all move on to courgettes, peppers, cucumbers or something else?”