Quality and size for stone fruit from Murcia 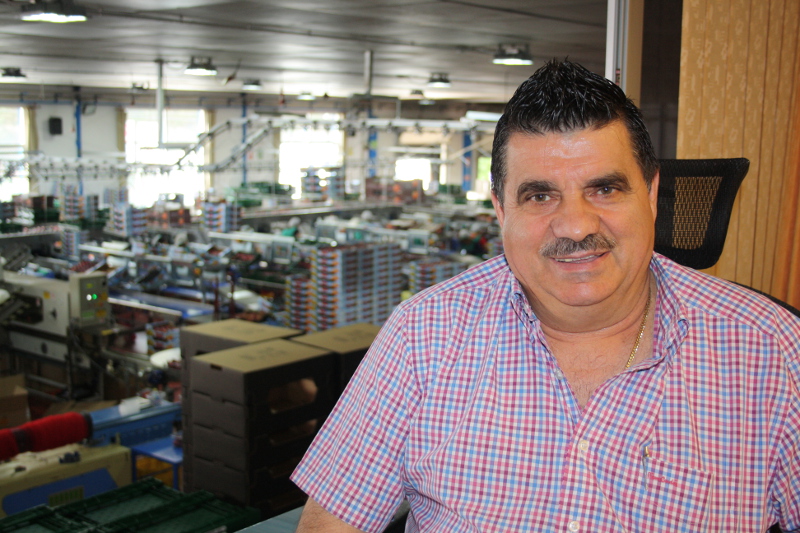 The stone fruit season in Murcia is occurring with parameters that are very different to those of 2016.

The most outstanding fact is that the good weather conditions promise a campaign with great quality, high brix degrees and good sizes.

“We haven’t seen such good behaviour of the trees and fruit as homogeneous for many years. It is true that we thinned out the trees and this, together with the good development of the temperatures, has borne its fruit, even on the grape vines,” states Antonio Caballero, manager of Frutas Torero.

By category, the company from Abarán, as with the other exporters, produces its most important volume in nectarines, followed by peaches and flat peaches and smaller amounts of apricots.

Regarding the boom in flat peaches, the executive maintains that “in Murcia the production is not increasing and many producers are taking out the Ufo 4 variety because it requires a great deal of sorting and its closure is not the most suitable. It is also not being replaced at the same rate as it is being removed.”

Once the good expectations for the production are known, the main enigma about the campaign lies in the behaviour of the European markets and particularly the temperatures at the destinations, which is a key point for the demand.

“Last year in the middle of April, the temperatures in Central Europe were -1 degrees or -2, which caused a bottleneck of produce at source. Our greatest wish is for Europe to have good weather, as this is the most important point for the demand”, Caballero emphasises.

The company from Abarán has wide experience on the British market, not only as a stone fruit exporter, but also as a shipper of grapes from Chile. “It is true that Brexit concerns us, but at the present time, the most imminent problem is the devaluation of the pound.”

With respect to the extension of the markets and referring to China, Caballero explains that without belittling the achievement of being the first country in the world to sign an export protocol with China, he does not consider it possible, at present, to start massively exporting stone fruit to China. “Long distance exports are never free from problems and we must know for sure which stone fruit varieties will be most suitable for long journeys.”

However, “I consider it very important for Spain to be interested in opening up this market for grapes since this is a product that gives very good results in long distance journeys.”

PrevSorma strengthens its position in Murcia
“Now you sell produce, not the packaging”Next
YOU COULD ALSO BE INTERESTED IN