Seminis, going for the 2.0 version of the CGMMV 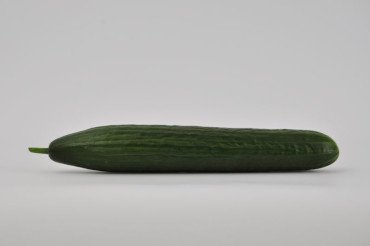 The seed company keeps moving forward with its cucumber developments, as discussed at the ‘Liga Super Root Conecta 2021’ event

On the 16th of June, Seminis Iberia held its virtual event ‘Liga Super Root Conecta 2021’. An encounter where the market consumer trends in Dutch cucumbers and relevant aspects about the ‘Fears, myths and lies in nutrition’ were revealed by top-level professionals such as the Food and Large Consumption Consultant, José Miguel Flavián; the Molecular Biologist José Miguel Mulet, from the Universidad Politécnica de Valencia; and the Researcher from the Universidad de Almería, Juan Luis Valenzuela.

The value of Dutch cucumber sales reached 220 million pounds in the United Kingdom in 2020. This market is one of the main destinations for Spanish produce and the consultant José Miguel Flavián talked about this, advancing that the snack category is growing, stimulated by the ‘health’ factor (a purchase reason for 30% of consumers who choose a snack). Accordingly, Seminis is developing cucumber snack varieties in the Middle East, Turkey and Iran, the main producing countries and it also foresees adapting these developments in Spain at its main installations in Almeria. Another of the company’s developments is a R&D project to find a balance between a fruit that is attractive to consumers (with thin peel) and that at the same time extends the shelf-life. “We could be moving in a post-harvest range of 15 to 20 days,” Juan Miguel Robles, a Sales Delegate at Seminis advances. Another new development that will appear over the next few years is the 2.0 version of the resistance to CGMMV. Although there is still no complete source of resistance, the company has reached IR.

Although the pandemic has put health at the centre of everything, stimulating fruit and vegetable sales, such as cucumber, “after Covid-19 the recovery is going to be unequal. There will be more people who lose their jobs and have less spending power and the sector will have to change in order to adapt itself.”

Retail has already got down to work and it has changed its strategy, to a large extent, pushed along by the discount stores, which in addition to competitive prices, are already acting on the subject of environmental sustainability. A clear example of this is Lidl, which is going to implement a labelling system that will show the environmental sustainability levels of the products.

Whole Foods has introduced the ‘quality is not expensive’ concept and it has adapted to the current situation, dropping prices on high value products. Sainsbury’s has launched a campaign aimed at consumers to teach them to cook and to know about healthy products and it is offering discounts for the purchase of healthy products.

“The products that include values and take the health of the planet into account also count on consumer purchase decisions,” Flavián states. A concept that fits in perfectly with the Super Root cucumbers from Seminis, the agronomical characteristics of which, with high quality fruit and a good post-harvest, allow the use of plant protection products to be minimised, lengthening the fruit’s shelf-life and eliminating the ‘second skin’.

“Some chains sell cucumbers without shrink-wrapping in the winter, but in the summer they use it due to the loss of humidity. The distribution sector is trying to avoid plastic, but it is also trying to prevent food wastage, reaching a balance between the two,” a technician from Seminis explains. In any case, “it is going to be impossible to completely eliminate plastic from the supply chain and analyses must be made as to where it may be minimised.” In general, purchasing fruit and vegetables loose is on the increase and plastic is being replaced by cardboard in trays.

The researcher Juan Luis Valenzuela presented the conclusions of a study about the Super Root varieties, indicating that “Invictus remains perfectly firm and was the variety showing the best appearance after 15 days in storage.”

The geneticist Antonio Reina detailed some characteristics of the Super Root line, which stands out due to its root strength, with open, productive plants and continuous production, fruit with homogeneous quality (grooved, good shape, dark colour) and threefold tolerance (ash, yellowing and veins) and CGMMV. Characteristics that are convincing producers such as Ramón Fernández, from Cabasc; Víctor Maldonado, from Eurocastell, and David Fernández, from Agroponiente. “Invictus is very fast. The production is even higher in ecological crops and it maintains its high quality, meeting all the standards. The resistance to ash is important,” they state.

One of the most popular speeches was the one by the media consultant José Miguel Mulet, from the UPV. The biologist and reporter affirmed that “producing is going to become increasingly more difficult due to climate change and will require technology.” He champions genetic edition, “an added tool that allows things to be done that classic genetic and transgenic improvements do not. It does not eliminate the former ones. China and the USA have been researching with CRISPR for many years. I would bet that it is already being used because there are no effective tools to detect CRISPR. If it is not authorised in the EU, these products will be imported.” In addition, he launched a recommendation: “The agrifood sector must improve its communications directly with society; it has always communicated more on a corporate level.”