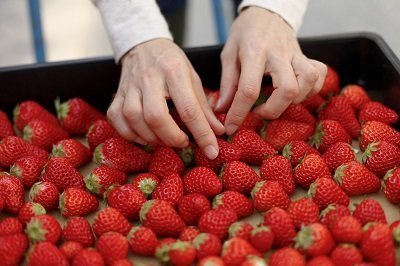 The Huelva strawberry variety map is showing an ever-growing diversity, with varieties that are around 1% of the crop and that are becoming more abundant every year.

This panorama says a great deal about a sector that is constantly looking for variety improvement programmes to grow and to remain at the forefront of the sector worldwide. Some of the most recent varieties are designed with climate change in mind, such as the case of the company Viveros El Pinar, which has recently launched three new strawberries with improved adaptation to the Mediterranean climate.

At the beginning of the 21st century a single variety, Camarosa, was the queen of the fields of Huelva, with 97% of the market share. A decade later the cake has been divided up amongst Camarosa, Candonga, Splendor and Fortuna. And today, Fortuna (by EmcoCal) holds the leadership with a percentage that reaches 35.8%, within a highly segmented cake. 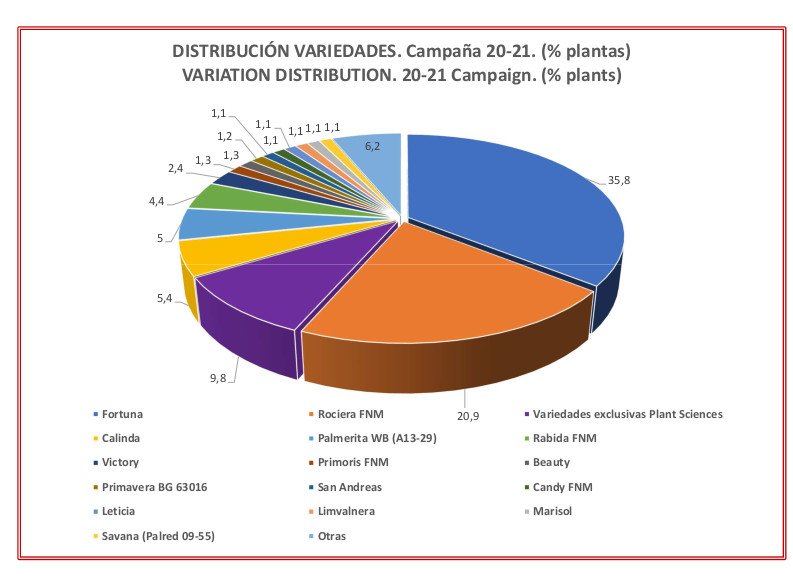 In 2021, the most important varieties have increased from 11 to 16. As may be seen on the graph, there has been a growth in the plantation varieties that represent small percentages (between 1 and 1.5%), which shows a future outlook where producers intend to have an à la carte product, adapted as much as possible to the market fluctuations.

The first of the top 3 of most grown varieties comes from Fortuna, belonging to the University of Florida’s programme, and it makes up 35% of the production; followed by Rociera from the Fresas Nuevos Materiales group that covers almost 21%. Closing this top three, although significantly behind the first two, but with important growth prospects, is Calinda from Freshforward, which has reached 4.9%.

It is worth mentioning that the ‘exclusive varieties’ that make up the Plant Sciences catalogue, represent 9.8% of the total. But its main product, Victory, dropped from 10% in 2020 to 2.4% in 2021. The other significant increase can be seen in the Palmerita, from Masià Ciscar, with 1.6%, while Primoris and Rabida, from Fresas Nuevos Materiales, have fallen by over 1% in this year’s crop.

The University of Florida and Fresas Nuevos Materiales continue to stand out above the other institutions in the development of programmes for genetic improvement of strawberries, making a total of 65% of the plants in production this campaign. And in the same way, as is happening in the variety ranking, in third place is Plant Sciences/Berry Genetics, representing 14.5% of the total.

As a contrast to this growth in the amalgamation of varieties, in 2021 the Huelva strawberry production is seeing a 2% reduction in its surface area, of around 6,700 hectares.