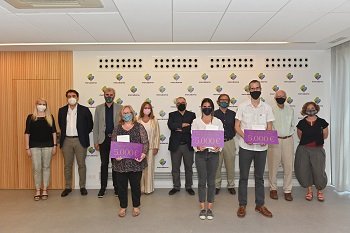 Mercabarna has historically been one of the organisations most involved in the fight against food wastage, long before it became a ‘social topic.’

Continuing with this work and as an acknowledgement to the companies that best manage this subject, it created the ‘Mercabarna Paco Muñoz’ awards.

The winners of this second edition were: Caprabo, in the category of Best initiative in the private sector, for the fight against wastage compatible with profitability. Too Good to Go, in the Best Initiative for entrepreneurs category, for empowering people to prevent wastage; and Nutricion sin Fronteras, in the Best initiative from the third sector category, for multiplying the efforts to fight against the poverty caused by the Covid crisis.

The awards are endowed with 5,000 euros for the winners of each of the 3 categories.

Jordi Valls, General Manager of the market, indicates that “Mercabarna’s purpose has always been to guarantee food for citizens and now, the premise is the same, but with a zero impact on the environment.” The good use of food forms part of Mercabarna’s idiosyncrasies.