The ‘brassica’ world is seeking specialisation 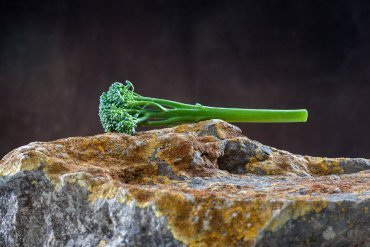 Bimi continues to spread, while other alternatives are appearing.

The agricultural sector has been repeating the same mantra for many years: the sector has to opt for flavour and diversification. In the case of brassicas, there is already a clear reference, Bimi. This cross between broccoli and a Chinese cabbage, Kai-lan from Sakata has revolutionised the market by dint of perseverance. And the fact is that, although it is only now becoming popular in Spain and other European countries, the demanding British market has been successfully marketing it under the brand name Tenderstem for the past 15 years.

In Spain, it was first marketed around 10 years ago. “At that time, society was less mature regarding health awareness, it had a slow introduction because there were other consumption trends,” explains Alberto Alapont, FoodChain Manager from Sakata. Subsequently, the brand was relaunched 4 or 5 years ago in Spain and Portugal. A different route was decided on, accompanying it with the right communication and letting consumers try it. A winning strategy, which has managed to make it known on a mass scale.

More and more seed companies have seen this growth and are launching products that are reminiscent of Bimi (the latest ones are Redi from Bejo, EasyBroq from Syngenta and, prior to these, Bellaverde from Seminis and Calebrini in the case of HM.CLAUSE).

Alapont states that “visually it is still sprouting broccoli, but essentially the difference with Bimi is that they are two different products, the flavour is incomparable.” On the one hand, due to Bimi’s origin and on the other, due to the strict control over the marketing process, with product specifications, in order to guarantee that it is tender, smooth and sweet for consumers and that it is a profitable crop for the producers, as the labour requirements for this crop are significant.

One of the medium-term challenges is the mix format, one of the current consumption trends. For example, in Great Britain, a considerable percentage of Tenderstem is sold as a mixture with other vegetables and Brassicas (baby carrots, etc), as well as ‘frozen Tenderstem’.