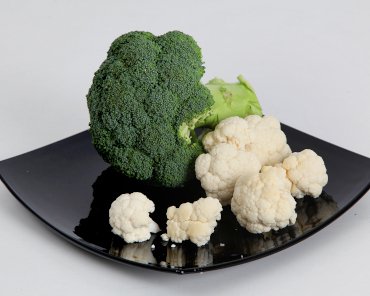 The broccoli crop is suffering from the DANA and the ups and downs in temperatures, but the programmes will be met with “tight” margins this Christmas

Last September, the DANA (Spanish acronym for “Isolated Depression at High Altitude) razed entire fields in south eastern Spain. Never before has so much rainfall been recorded in a single day in Murcia, where 169 l were collected. Broccoli was one of the crops affected, but fortunately the quick response of the producers has “normalised” the campaign and they don’t expect a shortage of product for the weeks before Christmas and the holiday season. “The amounts will be a little tight, but we will meet the programmes,” comments Nacho Doménech, chairman of the Broccoli and Cauliflower Sector at Proexport.

The plants and crops are becoming increasingly subjected to stress due to the variable weather conditions. A topic that has been on everyone’s tongues in recent weeks with the background of the COP25 Madrid and which is even more tangible in the fields. “There have been two torrential rainfalls in two years.” With the ups and downs in temperature, “the plants become stressed. Normal cycles of 90 days can come forward a little, but when the cold is intense, they get delayed to over 120 days.” A “highly complicated” situation that reveals that “not enough importance has been given to climate change,” Doménech explains.

In statements made to Efeagro, José María Sumsi from the Centro de Estudios e Investigación para la Gestión de Riesgos Agrarios y Medioambientales, forecasted that “the map of crops in Europe will be modified due to climate change. Farmers will have to adapt, not only the techniques, but also the crops.”

In the case of broccoli, Extremadura has gone from 1,500 ha to 5,000 in 10 years, most of which is for frozen and dehydrated produce in autumn crops. The crop was also emulated in Seville and Cordoba, but “these failed and they are being removed due to the damp, because the produce rots.” Doménech maintains that “Murcia has no competition,” and in view of the weather problems, he recalls that “in Murcia, we have many areas for diversification.” This is already starting to happen and he adds that “they are planting virtually every week to obtain the greatest regularity possible,” and to meet the programmes.

At the same time, the seed companies are increasingly searching for varieties that are resistant to extreme temperatures.

The current campaign will be “stable”, with around 600,000 tonnes of broccoli (75-80% fresh) and 50,000 ha, according to +Brócoli. Exports started between 15 and 20 days earlier than usual due to the problems that occurred at the end of the summer and this situation caused a 20-25% rise in the average price, according to Doménech. A trend that has been maintained, with high prices on supermarket shelves and the almost complete disappearance of the promotions at 0.99€ per head, a popular sales technique in recent years in the shops and that could be coming to an end due to the increase in the cost of the consumables (Minimum wage and desalted water at 0.60€/l).

On another point, broccoli consumption in Spain has grown to double figures, reaching 20%. “We thought that it was going to come to a standstill, but this has not been the case and the alternative varieties such as Bimi are also on the rise. People are looking for healthy food”, the executive explains.

Cauliflower, on the rise in Murcia

In the Region of Murcia, the cauliflower production forecasts reach 38,000 t, over double the amount from 5 campaigns ago (16,975 t), which indicates a clearly recovering trend for this brassica. The main destinations are the United Kingdom (9,258 t), Holland (5,269 t) and Germany (1,970 t). The national market absorbs around 9,000 t every year.

What will happen after Brexit?

This autumn exports to the British market have developed with complete normality, maintaining the same fluidity as last year, although the sector continues to be shadowed by the uncertainty of the consequences of the United Kingdom’s exit from the EU. “We continue preparing ourselves for this scenario and we hope that on the 31st of January a definitive agreement will be reached,” Doménech states. “It is not going to be at all positive, but in the meantime we are getting as ready as we can: customs, Soivres, looking at the possibility for importers from the United Kingdom to take charge of the produce imports for the supermarkets, and there are some who are opting for opening their own companies there.” Doménech himself has done his company’s, Agromark, homework, which can now load produce in its warehouse and go to the end customer, working as a customs office.