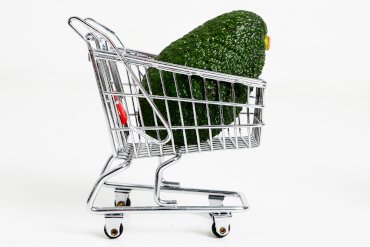 Spanish mangos and avocados have always been distinguished by their excellent quality derived not only from the professionalism of the producers, but also by an added bonus of being so much closer to the main European destination markets. For several years, there has been a call for the need to opt for ready to eat produce. In general, a good job has been done and clients rewarded this, choosing Spanish produce as their favourite. They put it ahead of others, but times are changing and now the sector is being forced to compete with other countries in a kind of ‘price war’. “Every year the different sources increase their volumes and a ‘price barrier’ has been generated (14€ for a 4 kg box of avocadoes at source) which, when it is passed, leads clients to choose other countries,” states José Antonio Alconchel, manager of Alcoaxarquía. Except in cases of adverse weather conditions, everything points towards the fact that this is going to be the norm: more fruit and lower prices. “Large retailers want good quality standards and the source that is available at the time.” Only specialised stores maintain their commitment to higher quality, but these only make up 10-12% of the market share.

In a report on the 2018 avocado campaign, Rabobank already mentioned saw-toothed courses in avocado prices, and last summer prices “never seen before” were recorded due a shortage of produce, which then dropped. In mangos, the national produce prices recorded will be the normal ones in the future, 1-1.2€/kg at source.

The times ahead promise to be “difficult” for subtropical fruit, with around 9 sources in the months of November and December. So much so that the sector is already forecasting that in 5 years time both mangos and avocados will have become commodity products.

With the nurseries “clogged up” due to the high demand for plants and other sources also in full expansion, it is time for Spain to change its strategy.