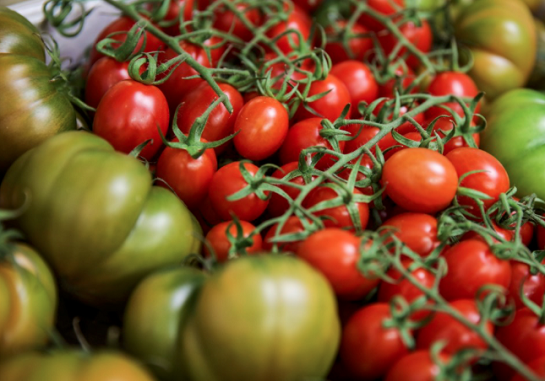 In the 2019/20 campaign, the profit margin dropped by 28%, and for the first time Morocco overtook Spain in exports.

At present, this emblematic crop of the fields of Almeria, the tomato, is looking towards a bleak future. During the latest campaign, all the indicators were negative, except for the crop expenses, which rose by 2%: the production volume dropped by 8%; the price by 9%, invoicing by 16% and the most concerning point, the profit margin, fell by 28%. These figures are similar to the average results over the last five campaigns according to Coexphal. A positive aspect is that “prices have not dropped as much, alleviating the situation a little.”

This year has been one with too many ‘firsts’. 2020 will be remembered by tomato growers as the first year when Morocco overtook Almeria in tomato exports (486,878 tonnes compared to 417,826). A situation that could be seen coming, in view of the rising progression of the Moroccan crops. The increase in Spanish tomato imports is also worth mentioning, with 202,000 t in 2019/20; 79,655 t of which come from Morocco. When this figure is compared to the one from 2013/14, Spain has increased its Moroccan tomato purchases by 350%.

At the presentation of the balance of the 2019/2020 campaign by Coexphal, a “strange, unusual” year was spoken of, in which “there has been a little of everything”, as the chairman Juan González Real recalled. In November, the first of many demonstrations about the low prices started, the pressure by third countries, such as the aforementioned Morocco, escalated and then the pandemic hit, which affected the second part of the campaign and meant an increase in costs of 15%, according to companies in the sector.

This campaign will be no smoother. “If possible, there will be more uncertainty.” What is certain is that surface area for tomato crops is dropping again, between 8-10% according to sources consulted by Fruit Today, particularly in specialities, and there will also be a “sharp drop” of around 20% in surface area used for grafted materials. “In Almeria, the mid-July transplants are time-bombs. Some farmers are going to opt for ungrafted crops and semi-long cycles and then plant other, easier crops, with fewer pest problems, such as courgettes, or late watermelons, for example,” a specialist from a seed company advances. This transfer to other crops will mainly be to peppers (particularly in Almeria’s Poniente) and to courgettes (Levante), in search of greater profitability.

In other regions, such as the Costa de Granada, there will be changes from cherry tomato crops to cucumbers, peppers and other larger tomatoes.

When consulting seed companies and producers about the trends in types, there is a unanimous agreement about the considerable rise in demand for plum tomatoes. The presence of this variety, increasingly on the supermarket shelves, is due to its flavour, which is better than ‘round’ tomatoes, and to its versatility. It can be used in everything: salads, sautéed vegetables, sandwiches… and consumers prefer it. On the other hand, the large specialities will suffer more in the short term. Beefsteak type tomatoes are “clearly showing a marked decline” due to the Horeca channel restrictions and the vine tomato surface area is also dropping.

Companies are readjusting due to the current situation. In general, they are going back to the idea of commodity, although the premium brands that are already consolidated, such as Kumato or Adora, are holding on, and attracted by the greater profitability of brands, other initiatives such as Flou, the new tomato from Coprohníjar and Vicasol, have arisen. CASI is immersed in the development of a very tasty tomato from Almeria through the S3 project, along with Kimitec and Criado y López, in which the University of Almeria and Fundación Cajamar are collaborating. However, in the sector they are aware that launching new products at this point in time involves an added risk.

In the area of export tomatoes, round cherry and plum tomatoes are holding their own, because there is still demand in Europe. “Those who want quality produce, with food safety, will continue to buy Spanish produce. This year and last year there was a drop in surface area of cherry tomatoes, but this will balance out because there is demand from abroad.”

A combination of climate change and artificial lighting

The main competitor, Morocco, is getting to work in this segment and “cherry tomato crops have grown a great deal at the expense of round tomatoes,” and the volume of round tomatoes has also increased. “Previously they opted for G calibre and they are moving onto M for export, probably looking towards what could happen after Brexit.” Plum types have increased for Russia, although this market continues giving priority to Turkish tomatoes.

But we should not only be looking at Morocco. Holland, Belgium and France have strong lobbies that promote their produce and local consumption. They tend to bring the crops forward, favoured by climate change. And this, along with an important commitment to using artificial lighting (in Holland and Belgium), has promoted the production of vine tomatoes, which arrive on the market fresher than the Spanish produce due to their proximity to other central European products.

How to get out of the hole

The seed companies are doubling their efforts to develop innovative materials that attract consumers, that adapt to climate change and that provide greater pest resistance. The producers have made an incredible effort to feed the population during the most difficult times in recent decades. And now it is the turn of others. The administrations must rise to the occasion and study solutions for the sector, injecting efficient aid. “Holland’s productive capacity is due to the aid from its institutions,” an expert from the sector states. But not the administrations alone. Consumers must be aware that “the agricultural sector has to live. We must stand up for our sector, pay for it and defend it if we want to eat well and guarantee the supply.”