“We compete in quality, but not in price” 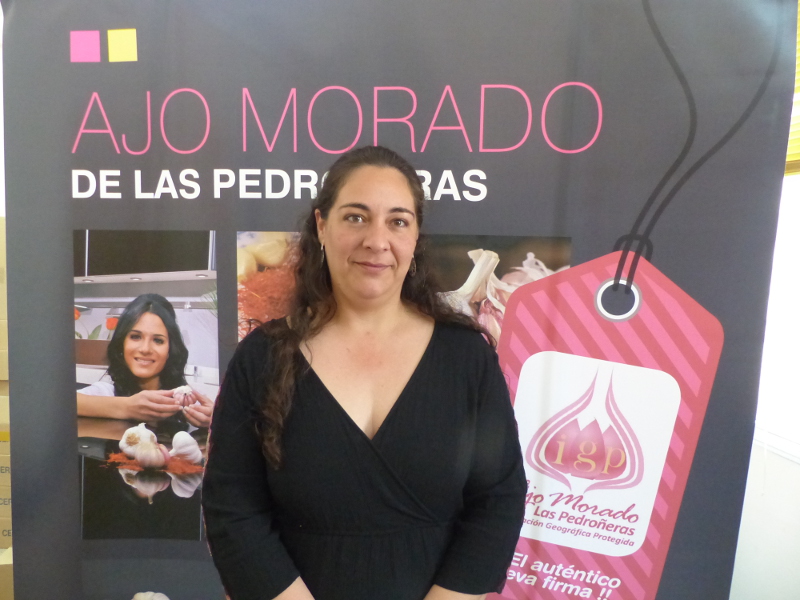 China, the main rival for Spanish Purple Garlic, has spent two campaigns speculating with the produce due to a drop in production.

Only Purple Garlic from Las Pedroñeras is eaten in the house of Mª Dolores Suárez, chairwomen of the Purple Garlic PGI: “it is the most pungent, with the greatest flavour and aroma and the one that concentrates most health properties, which is a scientifically proven fact”. In charge of communicating and promoting the values of this product since 2014, she is aware of the difficulty of competing with a rival such as China, the first producer in the world (it cultivates 85-90% of the total production). “We can compete in quality, but it is impossible to do so in price and we are working with inequality of opportunities due to the working conditions that dominate the Chinese agricultural sector”. However, the 15% drop in Chinese production (equivalent to the entire crop produced in Spain), caused a “brutal speculation” that benefitted Spanish garlic sales. “If China raises its prices, Spanish garlic is safe because it has better quality”, Suárez guarantees.

A few cases of fraud detected a while ago with Chinese garlic not paying customs duties, meant that the main North American importers started to work with Spanish garlic. Brazil, Haiti, South Africa and Australia are other destinations, although the main market share continues to be in France, Italy, the United Kingdom and Germany.

This year the quality of purple garlic is expected to be very good if the weather conditions hold good as in recent months and on a production level virtually the same hectares (3,500) have been maintained, with a potential of 7,000-8,000 kilos per hectare.

Since it was established in 2010, the PGI has developed the promotion and differentiation of purple garlic compared to the other foreign varieties, basing this on its quality and local production.

Spain is the largest producer in Europe and one of the main consumers per capita, with 2 kilos per person/year. “For a difference of one euro per year, is it not worth buying purple garlic?”

Prev“Garlic is just a commodity, it is not appreciated”
Natupol Excel®, the hive that communicates with the bumblebeesNext
YOU COULD ALSO BE INTERESTED IN