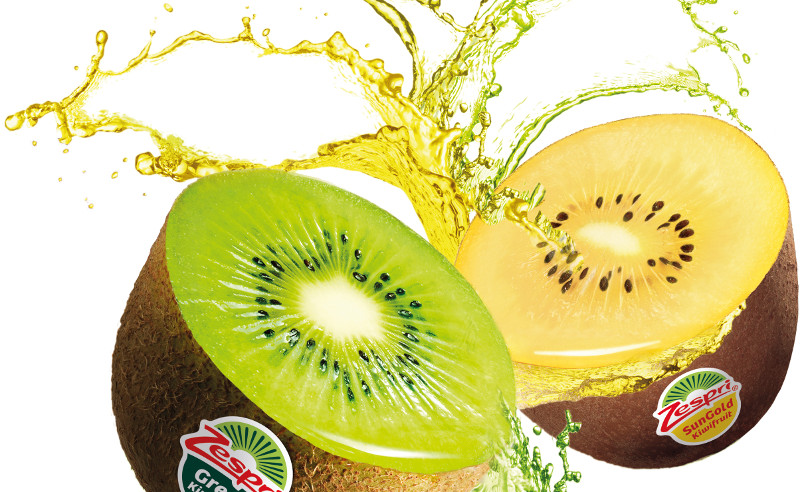 To ensure that Zespri® Kiwis are accessible 365 days a year, they are grown rigorously on both hemispheres.

Daily fruit consumption is a habit that is deep-rooted in the Spanish population, which opts for diversity based on health and flavour criteria. Amongst this diversity, the kiwi’s complete consolidation should be emphasised, which has gone from being considered an “exotic” fruit to a regular food in Spaniards’ shopping baskets.

The aim of Zespri® is to make its produce accessible to consumers 365 days a year. To do this, farmers on both hemispheres rigorously follow the “Zespri System”, a strict quality policy designed by the parent company that guarantees both the excellence of each piece of Zespri Green or Zespri SunGold fruit, as well as maintaining their organoleptic and nutritional properties at any time of the year.

The distribution network created by Zespri® all over Spain has also allowed it to position its produce in virtually any point of sale, from a traditional fruit and vegetable store to hypermarkets and supermarkets, in this way reaching the largest possible number of consumers who have different shopping habits.

So, as the years go by, Zespri® has managed to make its label, present on each and every one of its kiwis, transmit confidence, quality, flavour and vitality to consumers, values that today position the brand as a reference on the fresh fruit market in our country. This is also backed by the brand’s capacity to offer the market and consumers new kiwi varieties, with differential values both in flavour and in nutritional benefits and therefore, allowing it to reach new consumers.

An example of this is the SunGold Zespri kiwi variety, a product that has its own organoleptic characteristics, which is sweeter and juicier and with a high vitamin C content (triple the amount contained in an orange).

The Tajo-Segura Water Transfer: no criteria for its reduction