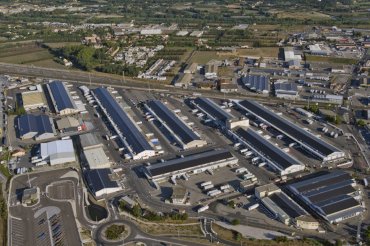 The start of this summer period was marked by the organisation of two General Assemblies regarding the Co-owners’ Association of Saint Charles International. Indeed, as well as the classic Ordinary General Assembly, an Extraordinary General Assembly took place following the written consultation sent in May to each co-owner of the site concerning the platform’s strategic development plan for the months and years to come.

Many were present despite the health crisis context, and even though the situation seems to be improving, all efforts were made to respect the “barrier gestures”.

The projects which were voted on at the Extraordinary General Assembly are fully consistent with the Development Master Plan for the entire Saint-Charles zone, entitled “Saint-Charles 2020 – 2040”, which the Co-owners’ Association is taking part in alongside the Urban Community of Perpignan and the Occitanie Pyrénées-Méditerranée Region.

These projects aim to sustainably rethink the overall development of the platform, its traffic plan, services to be provided to users, property, secure access and opening up of the site.

Through the acquisition or exchange of plots, the Co-owners’ Association will carry out a land consolidation, enabling them to improve the arrangement of their plots of land. It will therefore be possible to make improvements to these new spaces, like surrendering all or part of them to allow for the construction of buildings.

These moments of exchange are also an opportunity for the 61 co-owners of the private site of Saint Charles International to take stock of the past year.

In 2019, especially regarding inputs on-site, which have increased compared to the previous year – proof of the dynamism of the platform and its attractiveness – the results were good, which once again confirms the European leadership of Saint Charles International in the trade, transport and logistics of fresh fruits and vegetables.

Like every two years, this was an elective assembly. The 61 co-owners then proceeded to the election of the directors, then the Office. All outgoing directors were re-elected, as well as a new nomination, which was validated during this election.

The president Edouard RAYMOND was also re-elected for a two-year term. He took the opportunity to thank everyone who has contributed over the past year, including directors, members of the committees or of the Office. He also thought to mention all those, from the private or public sector, who support the platform in achieving its targets.

After having quoted the French economist Jean MONNET, a quote which is particularly interesting and topical, “People only accept change in necessity and see necessity only in crisis”, he concluded his speech as follows: “I am convinced that the strategic development plan which has just been voted on, resulting from the reflection undertaken by all directors and considering our current issues in terms of property, access, safety, mobility, parking, etc., while envisaging our needs and evolutions in terms of our jobs and our sector by 2040, will enable us to anticipate and determine the solutions which will ensure the growth and development of our platform and its businesses.

Let’s learn from past crises and let’s look ahead with optimism and serenity!”