The International Seed Federation (ISF) chose Spain to hold the World Seed Congress 2022, which was held in Barcelona from the 16th to the 18th of May and was co-organised along with the Spanish seed associations ANOVE and APROSE. 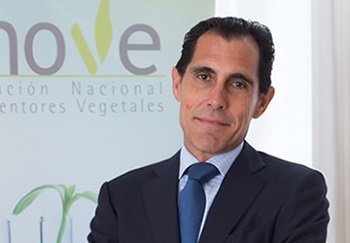 Seeds, the starting point of the food chain

Regarding the Congress’ slogan “Sowing a Vibrant Future”, the General Secretary of ISF, Michael Keller, affirmed that “the theme of the Congress would take on a new meaning, owing to the consequences of the Ukraine war; only through peace and cooperation’, he underscored, ‘can we make quality seeds contribute to food and nutritional safety, making enough, diverse, varieties available to farmers, adapted to local conditions and improved, as well as respecting environmental, social and economic aspects.”
Faced with the unexpected crisis caused by the invasion of Ukraine, ISF wanted to reaffirm “the need for seeds to be able to move freely to guarantee free access to them in any part of the world.”
According to the Noleppa report , over the past 20 years, 67% of the annual growth in agricultural productivity in the EU has been due to the contributions obtained through seed breeding. In addition, according to the report, without the work carried out by the vegetable breeders, the agricultural yields in the EU would have been 20% lower.

In the year 2050, the world population will reach 9,700 million people and agricultural production must be increased. According to Donald Coles, the Chairman of ISF, “the challenge of production is to cultivate more on the same surface area of land, using fewer natural resources and in a more sustainable way.”
On this point, the General Manager of ANOVE, Antonio Villarroel, affirmed that “this challenge will be achieved if we all continue to opt for innovation, as it is the only way to remain competitive.”
Eduard Fitó, the Manager at Semillas Fitó, a family-run seed company founded in Catalonia, emphasised that “in spite of the fact that seeds represent a small part in the end cost, they are of primary importance owing to the value that they bring to the whole chain.”
“Due to climate change, Spain is now the best laboratory in Europe for studying how to face up to the new temperatures and to guarantee the future of farming and, in short, food,” Antonio Villarroel asserts.
On a global scale, the seed market moves 60,000 million dollars. In the European Union, the genetic plant breeding sector invoices over 7,000 million euros and it employs 50,000 people. Additionally, the Spanish market reached a turnover of 750 million euros in 2020, which turns it into the third in Europe and the thirteenth in the world.
Marco Van Leeuwen, Vice-chairman of ISF, who took advantage of the occasion to ask for a regulation of genetic edition in Europe, explained that “not many sectors can boast that they invest up to 30% of their profits in research. In the European Union alone, every year over 2,500 new varieties are launched onto the market; there are over 45,000 varieties registered in the European catalogue and over 200,000 in the world as a whole.”

PrevIlip and eco-design
Aorta and Kardia, a “winning combination”Next
YOU COULD ALSO BE INTERESTED IN