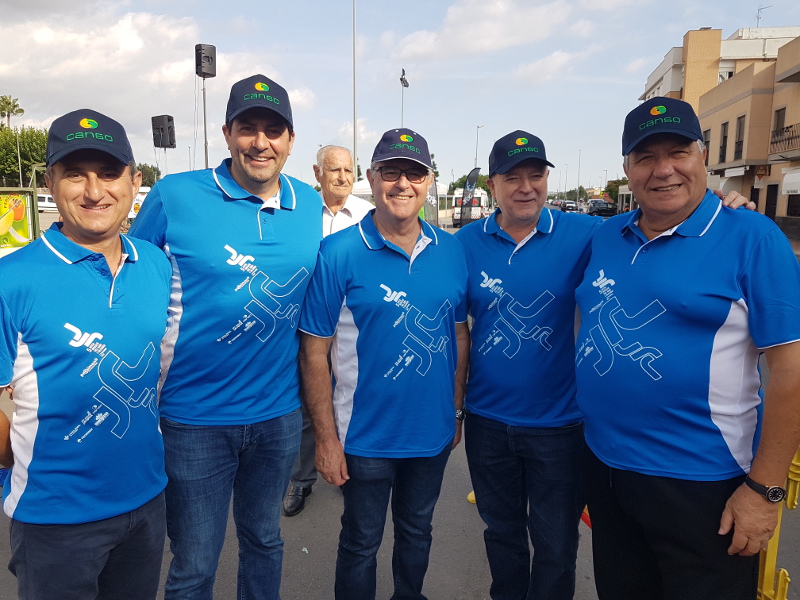 This sporting event, organised by the cooperative CANSO and the Caixa Rural de L’Alcudia, is celebrating its fifth anniversary

The event, held on the 7th of October, beat the record of registered participants with 1,400 runners, and it has now become one of the indispensable events for the region’s sports clubs, and even including some international clubs.

For the second year running, the event was attended by the famous sportswoman, Marta Fernández de Castro, as well as a numerous cast of runners amongst whom Polo Vicente, Mico Martínez, etc… stood out. Mico Martínez, from the Albacete Diputación club took the first place, in a time of 1:10:25. Second place went to Diego Polo Vicente, who reached the finish line 2 minutes and 43 seconds after the winner. The third place was taken by another runner from Metasport, Javier Ortíz Pacheco with an official time of 1:14:58.

The idea behind this race is to pay tribute to the ‘Persimon’ brand persimmon, an agricultural product that has allowed the region’s incomes to be saved and which also promotes its consumption on the national market.

All the participants received a pack of persimmons. And the cooperative itself, Nuestra Señora del Oreto (CANSO), donated a kilo of food for each registered participant to the charity Cáritas and to the town’s Food Bank. As is normal, within their Corporate Social Responsibility philosophy, Tecnidex and Roda Ibérica’s sponsorship stood out.