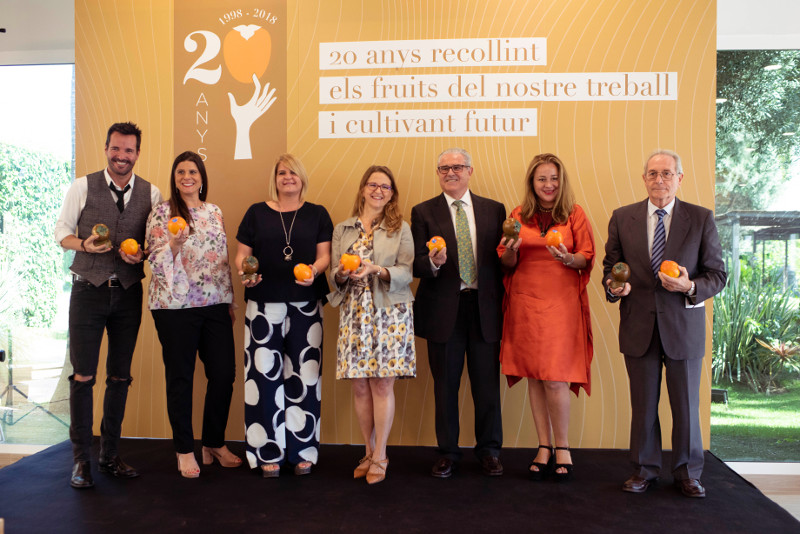 On the 5th of October, the D.O. Kaki Ribera del Xúquer celebrated its twentieth anniversary as a mark of quality

The event, as every year, meant the launch of the campaign, and this time it was also used to present the new logotype to be used on the produce, in line with the image projected by the Denomination itself.

During the meeting, the professional work of circulating the world of the persimmon by journalists from different areas of the media (press, radio and television) was also recognised. Amongst the prize-winners, in written media, was our director Carmen Cabra, with our publication, Fruit Today euromagazine. The Spanish television programme, ‘Aquí La Tierra’ was the winner in audiovisual media, and in radio, the work by our colleague Silvia Soria was acknowledged. Additionally, the same award was granted to José Vicente Guillem, for his technical support work from the Conselleria de Agricultura y Medio Ambiente (Department of Agriculture and the Environment of the regional government of Valencia).

Present at the event was the Consellera de Agricultura y Medio Ambiente from the Generalitat Valenciana, Elena Cebrián; the Mayor of the town, Andreu Salom, and the chairman of the P.D.O. Kaki Ribera del Xúquer, Cirilo Arnandis. The top agrifood director for the autonomous government and the main authorities from the region showed the importance of the commitment to differentiated quality production. Persimmons using the Persimon® brand name from the D.O. Ribera del Xúquer are a reference for the good know-how of the farmers that work with this mark of quality, enjoying maximum protection from the European authorities.