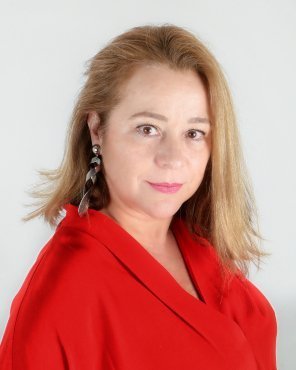 Anything could happen during the week of the trade fair. The only thing we can foresee and be certain of is that, once again, Fruit Attraction will be a great success.

From this point on, even these words could be completely wrong, because anything could change.

We will have to check Twitter every morning before we wash our teeth in case Mr. Trump has decided that citrus fruit, garlic, cherries or stone fruit (in addition to wine, oil and cheese) are going to pay for his financing with Boeing.

And in a few weeks’ time we will find out who is going to hold the Ministries in a new Government, if any agreement is reached in Spain.

Meanwhile and in order to obtain votes, we will mix up the wheat with the chaff: Pedro Sánchez says that he will lower the number of working hours in the fields in Extremadura and Andalusia to ease the effect of the duties on the Spanish products that will be imposed by Trump. We will continue to live in a Spain that is increasingly subsidised by the misery of the labourers, a problem that no government dares to tackle. Olé! What does this have to do with Trump’s duties? Please, will someone explain this to me? Votes, perhaps?

Fepex is playing down the American duties and the farming organisations are playing them up. Each to their own.

The world is in a topsy-turvy state and the economy moves along in line with social media tweets. The general manager of the NBA, Darly Morey, supports the protests in Hong Kong and China takes note, cancelling two friendly matches, suspending the broadcasting of the pre-season on CCTV (China Central Television) and many contracts and millions of dollars are all up in the air. Trade wars that move from the virtual world to the real one.

And if this were not enough, in a few days’ time we will reach the final resolution of Brexit. Is Spain ready for Brexit? There are Contingency Plans, but theory and practice are not always one and the same.

Everything is becoming mixed up: aeronautics with agriculture, the private opinions of an NBA boss with the million-dollar contracts between China and the USA, a labourer’s work with votes and duties. Rather than in a globalised world, it seems that we are living in a ball of wool, where if you pull a strand, it becomes more and more tangled.

And in addition to this, (and this isn’t just speculation), the IMF is now warning that the escalating protectionism is going to affect a whole generation. Its recently appointed director, the Bulgarian Georgieva, has been sending out some far-reaching messages, such as the fact that these trade tensions will deduct 700,000 million dollars from global growth, an amount that is the same as Switzerland’s GDP.

And it’s just as well we live and work with and for the agrifood sector, which is as strong as ever and always necessary, but unfortunately it won’t escape all the consequences: protectionism that causes poverty, loss of confidence, drops in the markets, etc.

We have only just come out of the previous crisis and hope to be strong enough to face up to the new challenges.