“Intercitrus was a sinking ship, but we will refloat it” 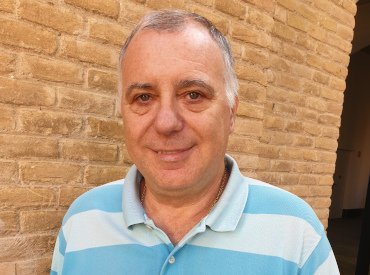 We have just had the worst campaign in living memory for citrus fruit and, possibly due to this, the sector started working hard in 2018 on the “refloating” of the interprofessional association that was previously used as a model for others and that obtained so much success promoting our citrus fruits: Intercitrus.

Enrique Bellés, the top representative of the worldwide cooperative, has taken over from Manuel Arrufat as chairman. Fruit Today had the chance to talk to him.

Where is the Interprofessional Association at present?

After the work carried out last year on many administrative procedures, now it is time to decide on the specific actions to be carried out.

Wasn’t a year a very long time to dust down all the red tape?

I assure you it wasn’t. My colleagues worked very hard, because as it had been put on the back burner for so long, administratively speaking, we were not up to date with the Tax office, with the Ministry, etc. Today, everything has been sorted out on that point and all the audits are up-to-date.

Debating and consensus is usually the best option but look where that got you. And I’m sure that you can’t say that all the associations that make up the entity are now in complete agreement.

For many years, we were a model to be followed, but there were disagreements that took away its reason for being. It was like a sinking ship and now we have decided to refloat it, paint it and repair it for a new journey on which we will all be on board. Obviously, each association defends its own interests, but this is the reason for Intercitrus: to share ideas and actions that benefit everyone.

We will not even think about any messages that could cause rifts, as even our articles of association contemplate unanimity.

What is the roadmap to be followed from now on?

We have to structure plans of action; we must have the right contacts, listen to all the different views, not only of the Intercitrus associates, but also take into account other regional points of view. There is no reason for the dynamics of each region to be similar.

Definitely, we must analyse several different scenarios: the concentration of the demand in Europe, the inter-cooperation in the cooperative model, the new capital that is entering private trade and the reviewing of the role of the producers due to their lack of income and little investment capacity. The chain must work in a united way.

Many things are changing and with the traditional methods we cannot respond to today’s market. We need to put new strategies and methodologies on the table.

A few days ago, the ABC newspaper of Seville talked about the possibility of moving the head offices of Intercitrus to Madrid.

This is a subject that is not on the table; at the latest meetings it wasn’t even mentioned. It is a debate that only the organisations that are members of Intercitrus on a national level can bring up, according to our statutes and this has not happened.

The positive side of the question is that as the organization Intercitrus we can catch the attention of the different administrations, including the Andalusian government.

At the moment, this is the subject that least concerns us as there is enough cash flow for the most immediate expenses, as well as an additional contribution that was approved at the latest general assembly. Our current approach includes depending on our own resources in terms of the actions that we agree to carry out. However, it would be a good idea to value the collaboration proposals from the different administrations.

In the past, there was a substantial funding by the Valencian Government that was completed with around 24,000 euros that the sector itself paid. We still have a remainder from that time.

Promotion has always been a top priority for the sector

If the decision were to be taken to carry out promotion and take advantage of European co-funding, we would have to make the relevant contributions. The regional Minister, Mireia Mollá, also talked about carrying out our own promotions. It is all still up in the air.

The campaign seems to be a calm one. Is this the perfect time to start working or will the questions be put to one side to make sure nobody gets overwhelmed?

Yes, it is the best moment. If there are problems, we may feel stressed out by what’s happening every day. There is no point in carrying out a debate in the middle of a crisis, and I think that work has already started on starting up steps that will have repercussions on imports from third countries, foreign pests, the lack of reciprocity in our trade relations, etc., and now we have the problem of export duties to the United States.

PrevAre you one of the finalists?
A month of uncertaintyNext
YOU COULD ALSO BE INTERESTED IN