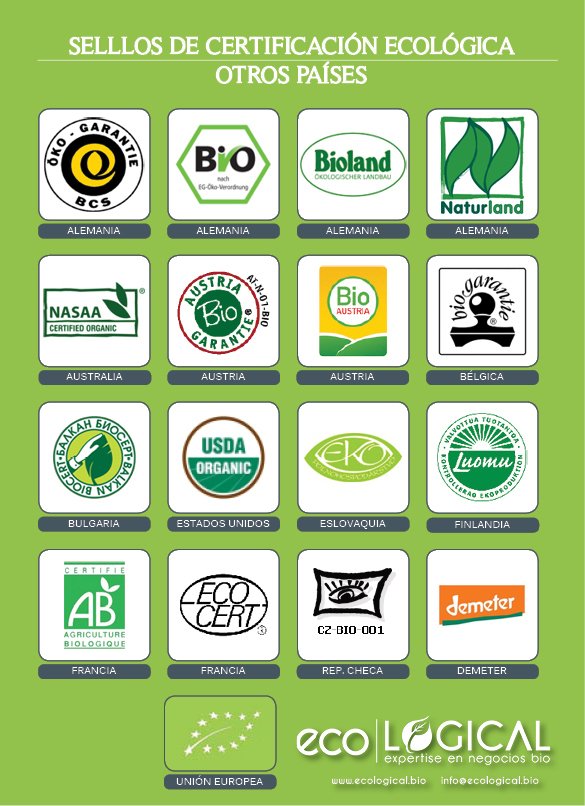 German and French governments have programmes to convert 20% and 15% of their surface area into bio cropland, and Spain wants to promote demand

Central Europe continues increasing its ecological cropland. In France, the ‘Ambition Bio 2017’ programme was the catalyst to turn organic farming into a reality, with over 1.6 million hectares (5.7% of the total agricultural surface area) in 2016. At the end of 2017, there already were 1.7 million hectares and now France is addressing the effect of this successful plan with the Ambition Bio 2022 programme to ensure that 15% of its agricultural surface area is organic. Germany is not far from these figures, either. 10% more bio fruit and vegetable were planted under plastic during the last campaign, reaching 1,375,967 hectares in 2017, according to figures from Bölw, boosted by the increase of almost 6% in bio sales during 2017. Additionally, within the National Strategy for Sustainable Development, the Climate Action Plan 2050 foresees that in the medium term 20% of the total cropland will become organic.

Although Spain continues to lead the segment, with over two million hectares of organic crops, followed by Italy, with 1.8 million, it should still keep an eye on its EU rivals. Motivated by the large chains, which are increasingly putting pressure to encourage more regional production, they are extending their commercial window, weather permitting, meaning an extra headache for Spanish producers, who, at the same time, are watching the gradual, yet relentless arrival of new mixed operators.

Consumption: just a question of ‘income’?

As can be deduced from the World Vegetable Map 2018 report, prepared by Rabobank, the countries with higher purchasing power continue to lead the consumption of ecological fruit and vegetables. In Switzerland, Sweden, Austria and Denmark, the sales volume is over 10% of all the fruit and vegetables marketed. A figure that is about to be reached in the United States (9%). But income levels are not the only factors to be taken into consideration regarding organic consumption. “In the Netherlands, where the average income per capita is similar to Sweden’s and Austria’s, the market share only reaches 5%. The reasons are not clear, but they are probably related to the supermarket decisions about the category, price, availability and the quality of the conventional vegetables, as well as cultural factors,” the Rabobank report reveals.

In Spain, the leadership in production is inversely proportional to consumption. Although it is true that the ecological food produce market grew by 14% in 2018, compared to the 2% of conventional foods, according to the report “Myths and realities about ecological produce consumption” by Kantar Worldpanel and the Fundación Catalunya La Pedrera, the figures are a long way from other EU neighbours, only reaching 1.69% of the food market and with an average spending per capita of € 36.33. To change this trend, production and consumption are being encouraged at MAPAMA through initiatives such as the “Strategy for Ecological Production 2018-2020’, with four key points: structuring of the sector; support for growth and consolidation; promotion of internal consumption and improvement of the marketing of ecological produce; studying of the role of ecological production in environmental policy and adaptation to climate change.

What are the prospects for Spanish production during this year? David Caparrós, manager of Balcón de Níjar, explains that in the fields of Almeria the first part of the campaign has been “irregular” and has been marked by the lack of volume in courgettes and aubergines, and, consequently, high prices for both crops. Both tomatoes and peppers have had prices that were below last campaign’s average due to an increase of around 20% in production. “There is a clear surplus of offer in many products, not just cucumbers. A similar case is happening with tomatoes. It isn’t normal to have these prices in January.” In the middle of a campaign that “is not very good in general,” there are no important expectations for the second phase. “With a price dynamic of this type, it is difficult for prices to rise. A significant amount of produce must disappear.”

The other side of the coin is that there are still holes that could be taken advantage of by Spanish producers. “We hope there will be more orders for references such as sweet peppers. There is not enough offer in spite of the good demand that this produce has, both in the rest of Europe and on the home market.” The same is happening with round cherry tomatoes. Due to its high labour costs, it is not grown in Central Europe (they choose pear cherry tomatoes, with better flavoured varieties in general) and the forecast shows that the demand will grow for Spanish produce. “For the past few years, the profitability reached by cherry tomatoes hasn’t been what it was. The differential that should be paid for the sake of flavour is not being met and a round variety with the organoleptic qualities and, at the same time, the production and post-harvest of pear cherry tomato has yet to be found.” In addition, the entry of mixed companies to the sector, with movements of bio to conventional production depending on the market prices, has caused fluctuations in the volumes that do not correspond to the reality and are distorting the market. “Moving just 1% to conventional affects bio crops as if it were 20%. The rules of the game have changed significantly. Buying prices are now lower than selling prices used to be for bio.”

The demand continues to rise, although it is behind the growth in production. For this reason, he warns: “We must be careful, or else we will do away with the business.”