AGRASA is entering a new era 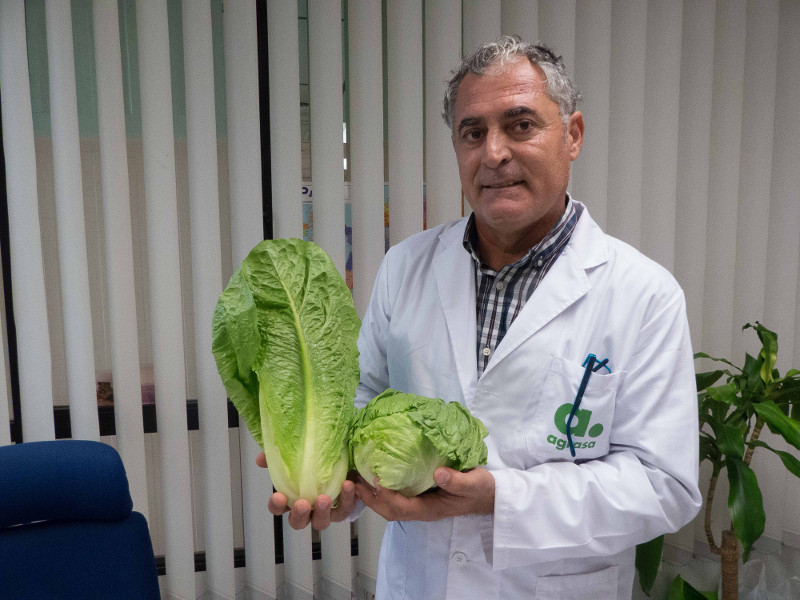 After the incorporation of Antonio Pascual as a partner and CEO, the company’s commercial strategy has changed, restructuring the leaf sector and adding an ‘eco’ line

AGRASA (Agrícola Aguileña) has over 20 references of leafed vegetables within a wide range of many other fruit and vegetables (celery, aubergines, cauliflowers, courgettes…) and for the past year it has extended its offer and volumes (+25%), after the entry of new partner Antonio Pascual Pastor, who has been running the company in his capacity as CEO since February. The company from Águilas, originally family-run, is now a company that is immersed in a new era, full of changes. One of the most important ones is the restructuring of the leafy vegetable category. Within this segment, specialities are becoming increasingly more important, with examples such as Apollo, Green Batavia, oak leaf (red and green) and lollo (also in both colours), with the iceberg continuing its omnipresence, with greater volumes and an annual production of 40 million heads. “We produce 12 months a year in different regions according to the season. This year we are increasing the total surface area by 23%. We have added Hellín and we are opting for flavourful varieties to differentiate ourselves in quality,” states the Sales Manager, Antonio Muñoz. Also in leafy vegetables it is worth mentioning the commercial introduction of pak choi (300,000 heads during this first year), a product that is on the rise regarding demand.

Another important commitment by AGRASA involves a booming segment, ecological produce, where the company has just brought 6 products onto the market. This catalogue includes iceberg, romaine and little gem lettuces, broccoli, cabbage and cauliflower.

Tomatoes are the company’s second produce as regards volume, with 6 million kilos amongst the three typologies they produce. Muñoz emphasises that they are one of the largest producers of Intense (a variety by Nunhems), and its quality has meant that all this year’s production was sold during the past edition of Fruit Attraction. “At the trade fair our produce aroused great interest and we came home with good feelings.”