Sales of resistant spinach have shot up 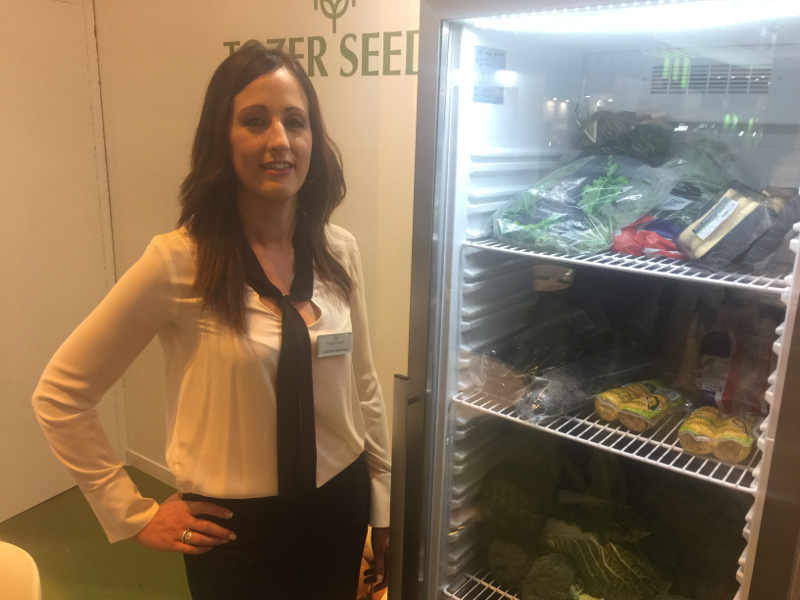 The new varieties from Tozer have boosted this segment, adding an extra 30% in recent years

The British company Tozer Seeds has a wide range of varieties in the world of brassicas and leafy vegetables. It has worked extensively in the kale sector and this has allowed the company to develop many materials (curly, black, green…) to meet the growing consumption of this super vegetable. “All the supermarkets have introduced kale to their shelves and consumers are getting to know it and buying it more and more, drawn by its properties,” the Communication and Logistics manager, Carmen Sánchez explains.

They are also introducing Kalettes (a cross between Brussels sprouts and Kale) to the Spanish market, a new vegetable that is exclusive to this company. “We are carrying out trials in Spain, particularly in the north, to try to adapt the crop to the weather and conditions in the area.”

In the broccoli segment, they have a wide range, with the variety TIRRENO standing out, which “is working very well” in one of the largest producing areas in Murcia, Campo de Lorca. In this region, specifically in Fuente Álamo, this year the company has opened its first test field outside the United Kingdom.

Spinach is another of the lines where they have a strong ranking. “Over the past two campaigns, productions have increased a great deal. In our case, sales have grown by around 30%. A good part of this success is due to the varieties with 1-15 resistances that have been launched onto the market for baby spinach, a solution that is in great demand by producers.”

Amongst the oriental typologies such as pak choi, they continue to extend their offer taking into account the trends of bright colours and pointed leaves.

Traditional products such as celery, leeks and cabbages form an important part of their efforts. “We are continuously innovating with new varieties. Our aim is for farmers to be at the forefront, particularly on the subject of resistances, but also regarding other aspects such as colour, consistency… A clear example lies in celery, where we can see a trend moving towards varieties for the ready-to-eat range, for use in packs of celery sticks. They have been very popular in the United Kingdom for years and they are being introduced more and more nationally.”