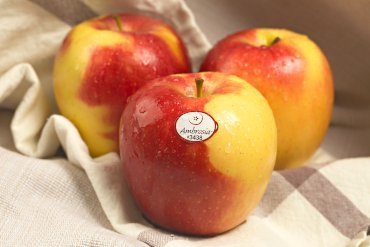 The Piedmontese apple reaches 24,000 tonnes in this campaign and expects its greatest expansion over the next two years.

“This is a stage on which we are working to have a solid foundation that guarantees us sustained growth over the next years by way of the extension of the points of sale,” according to Marco Rivoira, an executive from the Italian Rivoira Group.

The arrival of the cold weather has allowed the current harvest to take a positive turn and the produce is gaining colour. All of this has happened after the first half of September when there was a certain concern about the high temperatures reached. But in the month of October, the season has stabilized and the sales programmes with the different European countries remain fluid, whilst continuing the shipments to Asia.

The Ambrosia bio segment continues growing and it will be available up to January, 2021.

At VIP, the other company that supports this apple, Fabio Zanesco, Sales and Marketing Manager of the company, indicates that “the good acceptance we have received confirms that consumers are looking for a sweet apple with a premium positioning, which can also give an extra flavour experience.”

The Ambrosia variety was born by chance in Canada and is characterised by its reddish colouring, along with warm touches of yellow on the outside and its unique texture and unmistakeable flavour differentiate it from the others.

Promotion as a strong point

After four years working in a B2B promotional context and once both wholesalers and retailers know about the real qualities of the product, the Rivoira Group will focus its sights on promotional actions aimed at the end consumers and to consolidating the brand.

Ambrosia continues its commitment to the digital world, with recipes, healthy living options and added value through social media and influencers. All of this in a promotional context full of prize-draws and give-aways for consumers.

In November it will take the leap to the world of television: a commercial with a fresh image, adapted in terms of branding.