Aresca is maintaining its expansion 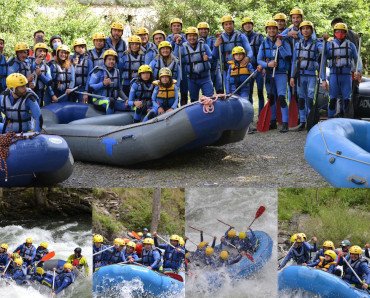 In its short time at Mercabarna, just five years, the Italian-Spanish company has constantly been growing and finding new business opportunities. The most recent ones are on the supermarket shelves in Romania and also in France, markets where Aresca had not worked previously. Additionally, the company has incorporated new fruit shippers from Extremadura, with which they are obtaining very good results and establishing relationships of mutual trust.

Aresca has continued its expansion in Italy with four stands in the wholesale market in Sardinia and another on the south of the island, where it also has a large refrigerated warehouse close to the market, which allows significant stock to be kept and increased flexibility in the operations.

Miguel Areste, Director and Manager of the company in Spain, explains that “at the most worrying moment of the pandemic we thought that equalling previous results would be a complete success, but everything went better than we predicted and we owe this to the human team who make up the company today. Without them, we are nothing. During these years, we have become a large family of almost 30 people.”

Another of the advantages in a situation like the one we experienced in 2020 is the diversification of the portfolio held by the company, allowing it to not have too much pressure on a single trade pillar. “We are a versatile company, with different commercial lines; therefore the closure of the restaurant sector virtually did not affect us.”

The course of the summer season, however, has not had the expected demand. “I think that pandemic fatigue is catching up with the population and people are thinking more about spending time on a terrace than about eating fruit. At least, that is my perception. We were concerned about the shortage of stone fruit, but we are also not seeing any demand.”

Regarding the operation of the Biomarket spaces that the company also opted for, Areste thinks that “we must wait until the autumn and see how the social situation evolves. It is certainly a very good idea that is ahead of its time, because we still have a few years to go to get close to Northern Europe’s level of health education and environmental concern.”

PrevRonda Fruits, unstoppable
Hnos. Fernández López consolidate their new investmentsNext
YOU COULD ALSO BE INTERESTED IN