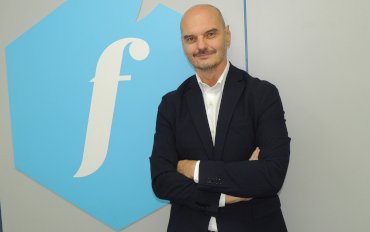 At the end of 2020, a new banana ripening and preparation platform started operating in Granadilla (Tenerife). And more recently, the company has acquired two stands in the Mercasevilla wholesale market.

The new infrastructure in the Canary Islands has 4,000 square metres for the preparation of the one of the Group’s most emblematic products, the Canary Island banana. The entire activity of this installation is monitored by a radiofrequency system that guarantees traceability throughout all the processes, meaning an important commercial reinforcement. The Canary Islands have been, since the company’s establishment, a key supplier in its development.

In the south of the Spanish mainland, in Seville, the company has opted for greater presence on the wholesale market with the acquisition of two new stands that started operating last spring. These stands are complemented with the existence of a warehouse that has been working for years in the market itself. Additionally, in the town of Dos Hermanas, there is another 6,500 square metre platform that will be extended by another 1,700.

2017 was a key year for the Group, which became a part of the Italian company F.lli Orsero. The link with this group goes back 25 years, first through a close business relationship which, thanks to a good mutual understanding between both companies, has resulted in the merging into a single company.

Feliciano Freiría, Managing Director, affirms “that the merge with Orsero has generated a greater international stature for the company, as well as European consolidation. We intend to give a comprehensive, competitive service, as we are a global company, with a local treatment.”

The Group’s new operating capacity allows imports to be optimised and the quality of trade relations with suppliers and clients to be improved. “Our aim involves continuing to grow, not only in sales, but also as an organisation, which already employs 800 people.”

In Mercabarna, the company is one of the largest, with 17 points of sale: 14 of them are devoted to conventional produce and 3 to ecological produce in the Biomarket area. It also has two warehouses, one inside the market itself and another adjacent to it. In total, they have over 27,000 square metres assigned to giving service.