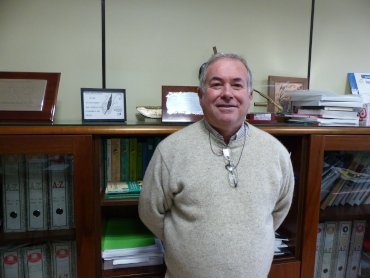 This campaign, it will devote 50 hectares to ecological watermelons and increase volumes of mini watermelons

The mini watermelon is not produced for the open market, but if you have a partner of the calibre of Anecoop, with an extensive sales network and programmes with the large distribution operators, the situation is completely different. Coprohníjar, a cooperative member of the ‘cooperative of cooperatives’, markets its entire watermelon production through Anecoop, and this year it anticipates growing in the mini calibre segment, with between 90-95 hectares in use, whilst it maintains the overall watermelon crop with 200 hectares and around 12-14 million kilos including all the typologies. Or in other words, the small sized-fruits are on the rise at the expense of the ‘fat’ watermelons.

Another segment that is on the increase is ecological production, which is going from last year’s 10 or 11 hectares to 50, (of which over 90% is for mini watermelons). If we look further and include the other references, the company from Almeria has already added 90 hectares in all its products, and it hopes to reach 150 hectares in 2020, confirming its commitment to the bio world.

Nonetheless, the chairman, Juan Segura, affirms that “watermelons have a ceiling. In recent years, melons have dropped in Almeria and other regions and the crops have been converted to watermelons, and there is a chance that the market could become saturated. Not much more can be planted, particularly without programmes. Although it is true that, as it is a highly volatile product that has a consumption linked to high temperatures, when it rains, we all get wet… (referring to the drop in prices at oversupply peaks).”

The first harvests of the campaign in Almeria started on the 10th of April with good quality. This year the harvest is a week early compared to last year due to the weather conditions, which have been very mild in February and March and, as Almeria is harvesting early, the sector expects the production to overlap the Senegal production for a few days, causing not the best start to the campaign in terms of prices.