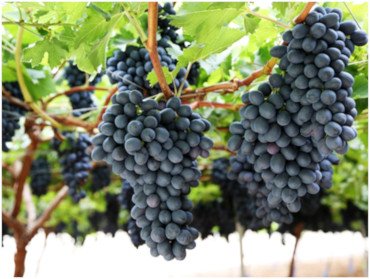 Spain, as a reference in grape production and marketing, has some important challenges, which have already been met in other countries and that could be followed.

The first of these is the obtaining of a real vertical integration of the companies, as well as a substantial increase in their size, as has occurred in Chile, California or South Africa, countries where the number of operators has decreased significantly in recent years. In second place, and as an essential condition to reach the markets, the Spanish sector must move forward in terms of improvement of post-harvest treatments.

Along the same lines, “the goal of the large marketers involves being present on the market 52 weeks of the year, with both red and white grapes,” sources from the sector explained to Fruit Today.

In order to do this, the production countries must be known and companies must interact with them, in such a way that the uncertainty represented by the weather around the world can be reduced. “The only way to decrease climate uncertainty is by having several suppliers per country and several countries as suppliers simultaneously, as aggravated weather conditions can occur at any time and cause shortages.”

Egypt is clearly Spain’s greatest competitor in the early part of the campaign. Spain cannot produce earlier because it is already doing it in some cases just 30 metres from the sea. Accordingly, the only area that could maintain this rate could be Sicily due to the speed of its productions.

Egypt is going to take advantage of the situation on the British market in the aftermath of Brexit, with lower prices than those offered by the Spanish market. The United Kingdom has already signed agreements with what will now be considered as their ‘premium suppliers,’ such as Egypt and India.

The most successful varieties are the ones for medium and late season, such as the Early Sweet, harvested in Egypt under plastic from the 10th of May until June. With the arrival of July, both Spain and Egypt show low quality in the produce. For this reason, we see a drop in volumes of both white and red grapes until Spain and Italy start their important harvests in August.

Spain and Europe, without any statistics

One of the sector’s most important shortcomings in Europe and, therefore, in Spain, is the lack of reliable statistics by week and in real time that allow fast decisions to be made. “It is not worth having these statistics at the end of the year,” the same sources emphasise.

“It might seem incredible, but the sector does not clearly know which varieties are planted in Spain and in Italy, what the volumes are according to markets and weeks,” they conclude.

Prev“The campaign will end earlier than in other years”
Karamel, a partner for Epigen Healthy BiteNext
YOU COULD ALSO BE INTERESTED IN