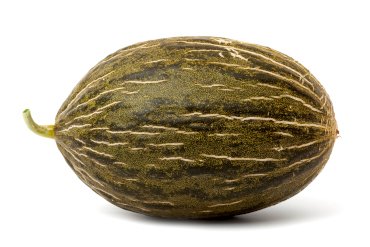 Rijk Zwaan is already working to predict the direction of post-crisis consumption, aimed at covering the needs and providing solutions on the new scenario that is opening up. All of this will be talked about at the events planned for their traditional Global Melon & Watermelon Event, which will take place from the 29th of June to the 10th of July, in a mixed format of field visits and virtual events.

Within the Mellissimo range of Piel de Sapo, the latest material is Minithor RZ, the company’s smaller-sized melon that extends the campaign (late cycle in Murcia and La Mancha), and they guarantee being able to keep a calibre for export, with resistance to powdery mildew and aphids and the advantage of its flavour.

In Galia melons, the main new developments are the LSL Alcazaba (for Almeria and Portugal), which are giving very good results due to their productivity, earliness and fast ripening in Almeria; and Salmeron RZ for Murcia. They are also offering Venus RZ, an ‘extended life melon’ for medium-late cycle in Murcia.

Watermelons are also on the way with new additions, according to Javier Climent, Watermelon Crop Specialist. Within the Sandissima concept, they are launching two mini watermelons with micro-seeds. One of them is Coralzinho RZ (62-356 RZ), with an intermediate calibre that complements Gatinho RZ and Tigrinho RZ. For both greenhouse and open-air cultivation throughout the entire cycle, it brings early flowering that is maintained over time, with fewer and smaller micro-seeds and very good internal quality. The other new development, 62-430 RZ, in a pre-commercial phase, is for late cycle in the open air and its firmness stands out.

In specialities, Tropical Sunshine RZ (black skin and yellow flesh) is in a commercial trial phase in supermarkets. For greenhouse and open-air cultivation for early cycle, it is slightly different to red watermelon, with a crunchy texture and a flavour that has “an exotic touch, but remaining a watermelon.”

62-923 RZ may also be seen, a Crimson type triploid for late, open air plantings, with an average calibre of 4 kg for export. And there will be new, large-sized Crimson developments for other countries: Campolina RZ, Lusitana RZ, Bretona RZ and Yukon RZ.