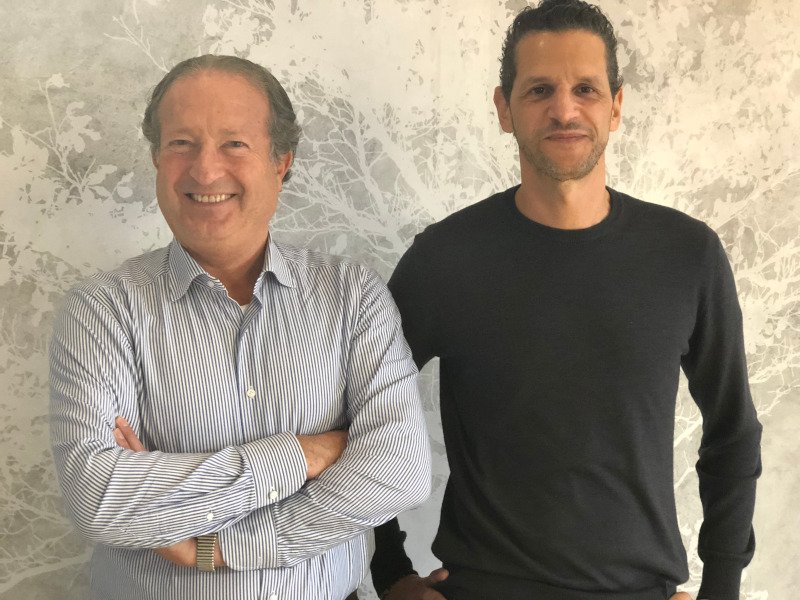 When they started, “virtually nobody knew about yellow kiwis, and today they are in all the supermarkets and their consumption is on the rise due to the flavour, which is less acidic and sweeter.” Patrizio Neri, chairman, and Alessandro Fornari, manager of Jingold, analyse the evolution of the kiwi, a fruit that is very popular on the supermarket shelves and that is experiencing a revolution thanks to diversification. The latest concept is the red-fleshed kiwi. Jingold launched this new type a year ago and has received excellent feedback at trade fairs such as Fruit Attraction and Asia Fruit Logistica. The key, in addition to its eye-catching colour, lies in its exotic flavour, along with its good size and shelf life. Although at the moment they only have a small volume (the recently planted 100 hectares will be producing over the next two years), more and more markets are asking for this fruit, to the point that “the supply is way behind the demand.” The United Kingdom, Italy and Germany are amongst the main customers. And the fact is that consumers want new products, with flavours and colours that are different to the ones they are used to.

“In my opinion, the segmentation of the different kiwi types could boost consumption, for example, amongst children,” Neri comments. Consumers who buy green kiwis “are quite loyal”, the executive defends, but even within this group there are people who opt for a premium version such as the Bliss variety. “It is even better than the Hayward and as at present we have more limited amounts, we are focusing it on the most demanding markets.” If we are talking about yellow kiwis, the Asians are the ones who appreciate them most, due to their penchant for sweet flavours. This market currently makes up around 20% of Jingold’s sales and it is growing, as are the markets of the United States and South America, although the main share continues to go to Europe. “We want to consolidate ourselves on the markets where we are already strong and continue to grow on the others.”

A campaign with new developments

Between November and December, Jingold has harvested 12,000 tonnes of yellow kiwis of the Jintao and Jinyan varieties, to which are added the almost 4,000 tonnes from the southern hemisphere (Chile and Argentina) in counter season. A production that this year incorporates an important new development, the ‘bio’ yellow kiwi, extending its range, as the company is already producing ecological green kiwis.

At Jingold, different Italian and international companies work together. All of them work as a club, following demanding production protocols to guarantee the maximum quality of the fruit: productions covered with mesh, micro-irrigation and continuous supervision by specialist technical assistants, amongst others.