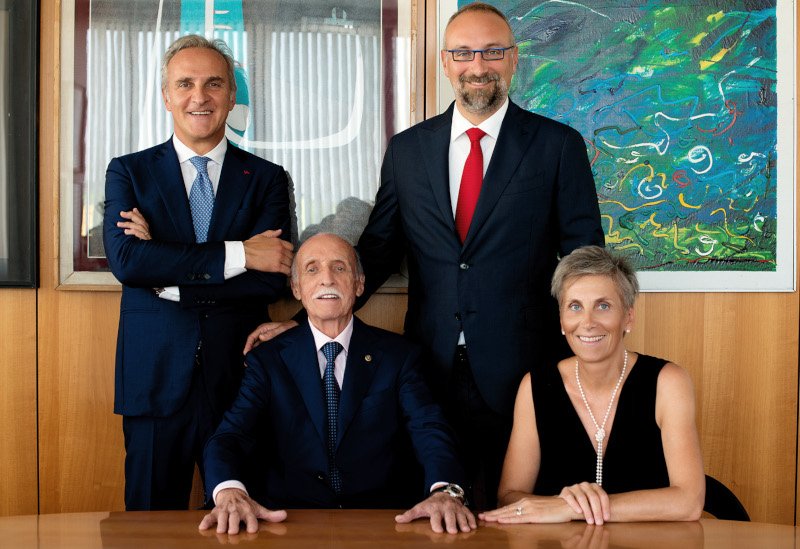 Talking about the Salvi Group means serious business. The Italian company is present in each of the links of the chain, from nursery to marketing. Salvi manages directly approximately 1,700 hectares and employs more than 1,000 workers (including seasonal) and an ever-increasing invoicing: last year 138 million euros were reached, and in 2018 the forecast ranges between 145 and 150 million. Pears stand out in its extensive fruit range, with 35,000 tonnes forecasted for this year, followed by kiwis (34,000) and apples (27,000), and with smaller volumes, stone fruit, grapes, citrus fruits, strawberries and cherries.

Fruit Today met up with the company’s chairman, Marco Salvi, at the Ferrara headquarters to find out about one of the main operators from Italy firsthand, in the middle of the kiwi campaign. During this year, Salvi expects to market 34,000 t. These figures mean a drop of between 5 and 10% compared to the initial predictions owing to adverse weather problems like hail and wind. “The wind has affected the quality, blowing down part of the fruit and causing blemishes on others as they were blown around on the trees, although the remaining fruit has good quality.”

One of the prominent trends in this segment is the almost 50-50 balance between the green (18,000) and yellow (16,000) types. “We are increasing out yellow-fleshed kiwi crops in collaboration with Zespri® and in the medium term I think that they could overtake the green kiwis.”

An important part of its kiwi volumes is exported (85% of the total) to countries all over the world. They do this both directly with Salvi Unacoa and for some time now they have centralised exports to Asia through the Origine Group, an association to which the company belongs, known by its brand name ‘Sweeki’ which is available 12 months around.

“The situation will not go back to what it was”

The Russian embargo and the commitment by Putin’s government to motivate the planting of strategic produce, such as apples, for consumption within the country, along with cherries and strawberries amongst others, escalated the concern of European producers, who have been forced to look for alternative routes on a market that is becoming increasingly saturated. In Italy, to a certain extent, Salvi has managed to ‘weather’ this crisis thanks to its Salvi Vivai division. “In 2017 we exported over 1 million apple trees to Russia, the equivalent to around 300h in 5 years, depending on the density.” And the trend seems to be rising because Russia continues to add new farms. “We have strong partners and are growing in this market, same as the nurseries in other countries, such as Germany or France. But this is not the solution for the future, from FruitImprese we are putting pressure on to ensure that the situation goes back to what it was before because generally the Russian market is important and strategic for all European fruit and vegetable producers. You sell the plant once, but the fruit is sold every day.” The chairman of Salvi Unacoa and of FruitImprese, Marco Salvi, explained to Fruit Today that the association is putting pressure on public administrations to make them work on a political and diplomatic level not only on the Russian case, but also on bilateral agreements for the opening up of interesting new markets such as India (with one week less of transit time than China, but with customs duties of 30% to 50%), Vietnam (with plant protection barriers) or Mexico (a significant fruit importer). “Unfortunately, lately it is much quicker to close a market than to open one up.”

Marco Salvi is the fourth generation in a long saga that dates back to 1891. His father, Don Luigi, is still going strong, arriving every day at the company to which he gave a first important boost in 1966, moving the head offices to Ferrara, and two years later committing the company to its own fruit production, followed by other milestones such as the creation of SalviVivai in 1970. Currently, alongside Marco, the other keystones of this family-run company are his two siblings, Silvia and Giuseppe. She is responsible for the agricultural part and the nurseries, and he is in charge of the financial aspects.