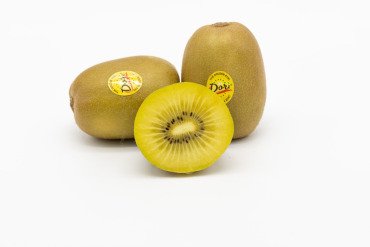 With Anecoop and the Italian company Dalpane Vivai, Valencia is projected to be a development hub for yellow kiwis

The first Dorì Day Spain was held in September in Valencia. The Group formed on the Iberian mainland to develop this yellow kiwi includes Anecoop, the Catalan company Only Fruit, the Portuguese firm Kiwicoop and Dalpane Vivai. These companies will form part of the Dorì Iberia project.

The first yellow kiwi plantations in Valencia date back to 2012 by the hand of Anecoop. At that time, different circumstances made the beginning of this adventure easier: a drastic reduction in the plant prices and the first price negotiations for the structures needed for the crop were carried out.

Kiwis represent a great opportunity for Spanish producers as Spain is the largest European consumer, with almost 3 kilos per capita/year, compared to the average 1.6 kg for other countries. Additionally, a difficult situation is being experienced by the Italian production, where PSA has caused havoc and where now ‘la moria’ or root asphyxia are attacking the trees. Accordingly, Giampaolo Dal Pane, an executive at Dalpane Vivai, insists that “we must organise ourselves in order to not swamp the market. To do this, we intend to coordinate and form the ‘Dorì Iberia’ club, which will give us the tools for a suitable control of production.”

“We don’t rule out the fact that the crop might be produced outside Valencia; in fact, there are already plantations, but due to different circumstances, Valencia represents the best location, as it is a region where there are no frosts and, furthermore, there is significant agronomical knowledge, as well as having important commercial structures and organisational leaders, such as Anecoop, our partner.

Because its consumption continues to rise and it is awakening significant interest amongst consumers. All of this is framed within a series of consumption trends where local produce is gaining followers every day. Another of the important reasons for its expansion is the tendency for the price to drop compared to the traditional, green kiwi. And regarding the agronomical aspects, it is easier to grow than the Hayward.

The Dorì kiwi corresponds to the variety AC 1536, the first crosses of which were carried out by the University of Udine in back in 2000. Following this, in 2003 this Italian university reached an agreement with the University of Boulogne to run some trials. In 2011, it was selected from amongst over 3,000 crosses. One year later, the variety protection was obtained from the European Union and a public purchase offer was given for the vegetable rights. Finally, in 2016, it was officially recorded and the ‘Dorì Europe’ Consortium was created, and the first sales trials were carried out.

The Dorì kiwi has some very specific characteristics, such as its deep yellow colour and very few flaws in its shape.

Regarding its harvest, it has a very succulent advantage for producers as it is 35 days earlier than the Hayward’s harvest and a minimum of two weeks before the closest yellow variety. It is also highly resistant to heat and its productivity per hectare can exceed 35,000 kilos per hectare in category 1. On the other hand, it also has the disadvantage of having a very sensitive skin, which must be seriously taken into account when harvesting.

Only 10% of Dorì plantations are male (Zuva protected variety from the University of Udine). For this reason, it is advisable for plantations of over 2 hectares to have a minimum of 2,000 metres of male trees, distributed around the edges. Males may also be grafted onto the female plants and arms and sides placed in the middle of the females. In terms of the weather conditions, humidity helps a great deal with pollen fertility, therefore it is important to plant in a hot, dry region, where the flower is humid in order to obtain a good pollination.

The other alternative from Dalpane Vivai for green kiwis is the variety Meris, with some very defined, favourable product characteristics and a perfect shape. Its significant productivity stands out, along with its robustness and flowering that are similar to the Hayward variety, with harvesting around 5 days earlier, over 15 Brix degrees and with over 16.5% of dry matter.