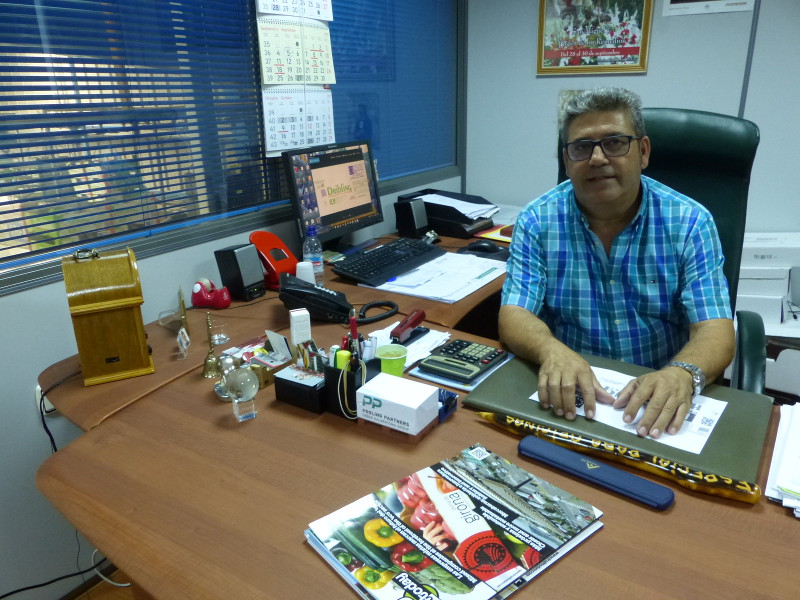 Hortofrutícola Las Norias, the main courgette producer in the EU, is expecting a good campaign after last year’s boom in prices

In 2016 European courgette imports reached a historic record, with 434,000 tonnes. A milestone stimulated by healthy eating trends, which have filled the social networks with photos where ‘zoodles’ (courgette spaghetti) have suddenly become stars, labelled as ‘healthy’. Behind this fashion there is a complete industry devoted to the production and marketing of courgettes, and in the middle of this is a company from Almeria that produces a large part of the total volume: 45,000 tonnes of the 449,000 produced in Andalusia (the main cultivation area) during the past campaign. With 230 hectares exclusively devoted to this vegetable, Hortofrutícola Las Norias has managed to make a name for itself in the main European supermarket chains (where it exports 99% of its volume) and to a lesser extent, in Canada. Its range, marketed under the brands of Dribling (the most well-known), Salutaring and Freshnorias, offers the most commercial typology, the green courgette (conventional and ecological) and the round and yellow specialities. The latter concentrates most of its consumption in December in Switzerland, Holland and Denmark, explains the manager, Miguel Ángel Rubio.

For 2017/18, the company expects to produce similar volumes to the ones from last year. The forecasts are good and no supply problems are foreseen, if the weather conditions do not say otherwise. In addition, more and more producers are returning to this crop, attracted by the high prices recorded last winter: the average price for the campaign increased by 56% at source according to the assessment made by the Junta de Andalucía, ranging between 0.72-0.73 euros/kg.

Courgettes have been suffering various ups and downs in prices and New Delhi is its main enemy to beat. “The campaign started 20 days late due to fear about virus owing to the high temperatures.” In Rubio’s opinion, there is a lack of interest when researching aspects related to this crop. For plant breeders “it is not profitable because the seeds are cheaper than others. They study some improvements regarding colour and resistance to temperatures, but it is essential to find a resistance to New Delhi. We take all the precautions possible to prevent white fly from entering (the virus vector), but the problem is still there, we don’t really know where it comes from. In the 1990s, we had white fly, but we didn’t have New Delhi.”

This problem, along with the imbalances in the crop due to climate change, has meant that “closed contracts are no longer profitable.” Therefore, in the company led by Rubio they have gone from representing “40% to 20%, and with clauses.” Ideally, produce should be sold to our own clientele with weekly prices and in some cases, adjusting them on a daily basis.