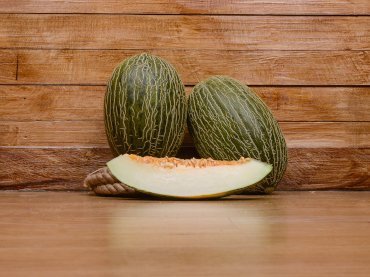 Enza is developing melon programmes based on three fundamental factors: flavour, product consistency and resistances. A portfolio that covers the different plantation dates to meet consumer demands throughout the year.

At its Melon House Fair 2019, the seed company showed its new developments in the different typologies. This year, the company has seen an “exponential growth” in piel de sapo sales. In general, they are opting for flesh with a crunchier texture and they are seeking external homogeneity in the varieties. Resistance to powdery mildew and aphids is already included in its entire range (with the exception of Osorio). At the demonstration, materials such as Alcarez and Olmos and the mini for export that will be on sale in 2020 could be seen.

Last year, they launched the Yellow line and they are continuing to extend it. Their first variety E25M00 702 now has a name: Ambarino. For medium/late cycle in Murcia and Castilla-La Mancha, it has excellent flavour and is resistant to powdery mildew and aphids. The new development is a variety that completes the cycle, in the early range.

In Galia, as in piel de sapo, they are seeking the same appearance of the fruit and they are playing with the different regions to be able to obtain homogeneous sizes of 1kg. The company’s new introduction is Abisal, for late cycle in Murcia and La Mancha, and they have another one in development for Murcia that is resistant to aphids.

Amongst the Cantaloupes, Enzor stands out. It is very sweet, with a very attractive red flesh. It can be used under glass in Almeria and for early cycle in Murcia and it has a very good size. It is resistant to aphids. Sucredor is the company’s new material for late cycle. It has consistency and is ideal for planting in La Mancha and has high Brix levels, in addition to an absence of watercore.

The Charentais Makeba, the Chaloupe concept and a new yellow melon with orange flesh were the company’s other proposals, without forgetting watermelons, with the company’s first individual seedless black watermelon, with deep red flesh and an intense flavour, standing out.

A large part of these varieties can be found in 100% eco seed with Vitalis.