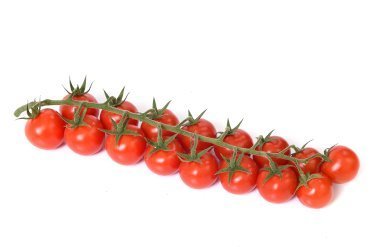 Esasem is responsible for the development of successful varieties such as Lobello, the famous tomato marketed by Caparrós

Tomatoes are one of Esasem’s star products. Last year the seed company celebrated its 30th anniversary and throughout its history it has managed to develop top quality varieties. The best known of these is Lobello F1, which currently is available only from the Caparrós Group in Spain. “It is our star product and Caparrós has been able to produce it and market it with the highest standard, to the point that they even market it in Italy under their brand, according to Alessandro Berlardinelli, the company’s Area Manager.

Apart from Lobello, Esasem has some very interesting varieties that it showed at the last edition of the Italian trade fair, Macfrut, such as Seventy F1 and Samori F1. The former is a ‘datterino’ (plum cherry tomato) that follows Lobello’s line in terms of flavour and is resistant to TSWV and TYLCV. “It can be used for vines, but it more suitable for loose tomato plants”. In this case, one of the Spanish companies that have placed their trust in the variety is Biocampojoyma.

Samori F1, on the other hand, is a midi plum weighing 40 grams with a high brix (around 7.5 on average), bright in colour and with fleshy sepals.

Amongst the company’s varieties, Porpora F1 should also be mentioned, a round cherry tomato with resistance to TSWV that stands out due to the excellent external aspect of its stems and the uniformity of its fruit. Completely round, measuring 35-36 mm and weighing between 20-26 grams, the fruit will quickly turn bright red when ripe. “In the Ukraine, there is already a project in association with the Metro chain to market it under the brand name Porpora”, Belardinelli advances.

In larger-sized tomatoes, they are introducing a new variety, Plinio (San Marzano type) in Italy and Portugal. Its originality lies in its shape, slightly shorter than normal in this type, and without the traditional ‘tummy’. In this case, it is particularly recommended for eating in salads.