Flavour and colour differentiation: the latest from ISI Sementi 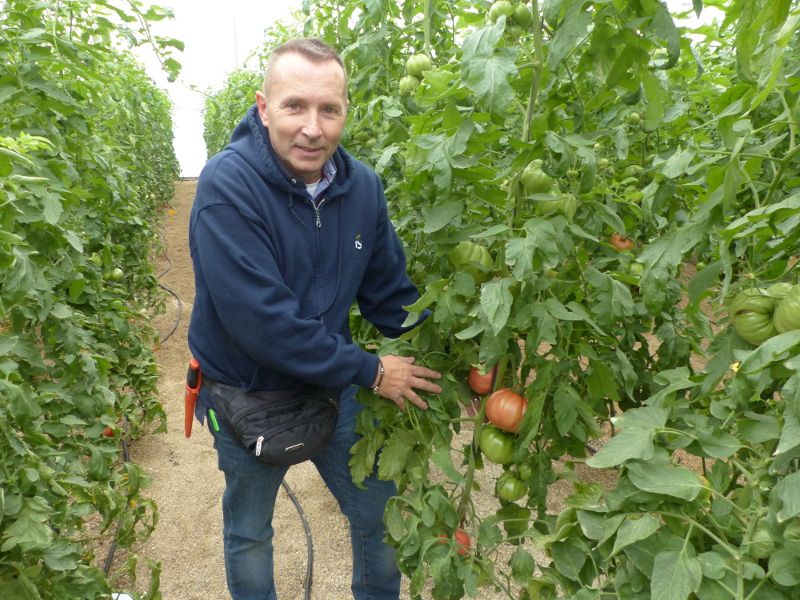 Varieties such as Rosamunda F1 and Proxy F1 have been developed within the company’s Genesis 1.0 project and they have new pre-sale developments that have a great future ahead of them

The Italian company is attending the new edition of Fruit Logistica with an extensive seed catalogue, covering a wide range of different crops such as tomatoes , onions (with the dulce de día largo variety, ISI 30820 F1 that is having great commercial success along with Khroma F1 and Pikkio F1), lettuces and baby leaf, endives, spinach and hybrid celery. Its wide range is aimed at countries in Europe, North Africa, the Middle East and Latin America and its main product is the tomato, given the importance of this crop on a worldwide scale. In this context, ISI Sementi is attempting to go back to its origins, to the tomatoes of yesteryear, through the Genesis 1.0 project, which was started up four years ago by the geneticist, Paolo Passeri. Its strategic line is the search for different varieties, giving priority to flavour and colour. As a consequence of this work, Rosamunda F1 was born, a pink Corazón de Buey type, with a sweet flavour and an attractive appearance, which is marketed exclusively under the brand names Pomo Rosa and Rosamunda. Another of its most important developments is Proxy F1, a cocktail cherry tomato with great flavour that stands out due to its sweetness-acidity balance and its deep red colour, as well as its good yield and behaviour in cold conditions, characteristics that have already given it an important market development in Italy. They also have ISI 62250 F1, a ribbed, long-cycle Barbastro-type tomato, with good preservation and resistance, great flavour and a bright pink colour.

Amongst the varieties about to be launched is ISI 62332 F1, with an exceptional internal quality and resistant to the yellow leaf curl virus. “It is virtually 100% flesh, a characteristic that normally occurs more in pear tomatoes and which we have now achieved in a round tomato”, Albert Alcón, Sales Manager for the company states. The consistency gives it great versatility in the kitchen since, as it does not lose any water, it can be sliced perfectly and served in sandwiches. It is currently in the pre-commercial phase and it should be launched during the next campaign.

Alongside these materials, the company is also researching others, such as an eye-catching orange-coloured pear tomato that was selected in Italy and is now in the trial phase for studying its commercial possibilities in Spain. In cherry tomatoes, chocolate-coloured pear varieties are also being developed, in line with the increase in the demand for this type of unusually coloured specialities.

In R&D, one of the basic elements is the search for resistances. ISI Sementi is researching varieties that are resistant to the yellow leaf curl virus, cladopsorium, powdery mildew (very important in the case of ecological crops) and spotted. In the latter case, they have been the first to obtain varieties that are resistant to the spotted virus Race 1 (TSWV: 0,1) for industrial use tomatoes (they already have two commercial varieties) and they also have tomato varieties developed for the fresh market.

PrevPremium flavour, but going back to its roots
Freshness and flavour, Rijk Zwaan’s flagshipsNext
YOU COULD ALSO BE INTERESTED IN