Grapes and pears set the tone for imports 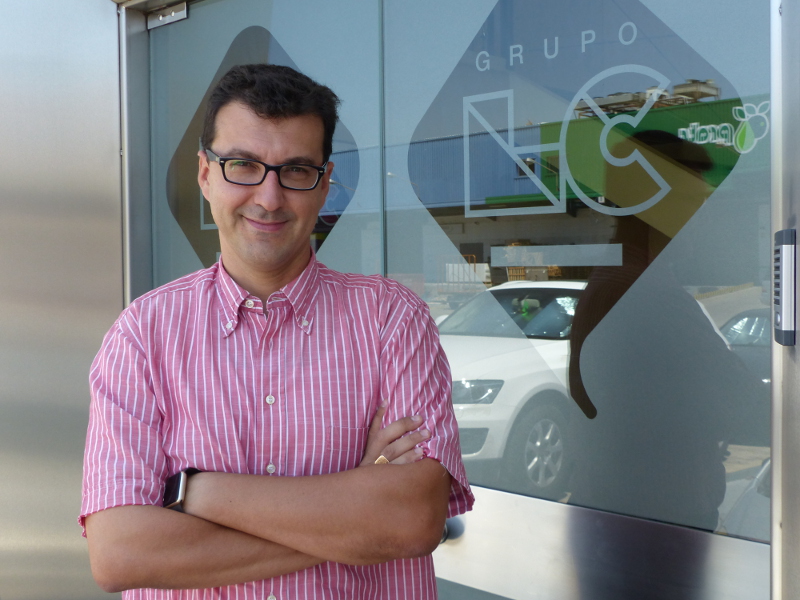 The import activity by the LC Group remains firm and is growing each season. Grapes and pears are the main products.

The company from Mercabarna has recorded an increase of almost 30% in its grape imports of the different seedless varieties. White seedless grapes, according to Ismael Carrasco, import-export manager, are the most popular for Spanish consumers, who are more traditionally used to the flavour of the white varieties. “In our company we have focused on white grapes because they are more difficult and we are trying to limit ourselves in red and black grapes. At present, the Spanish market continues to opt for large, white grapes. A great deal of education is still needed for consumers to learn how to appreciate other sizes and colours.”

Grape imports from Central Dicaen 2016-17 started off with Peruvian grapes in November; they were followed by South African fruit and they ended with Chilean grapes in May 2017. During this period, the company imported 1,000,000 kilos. The Timpson and the Arra 15 were the most popular varieties.

Regarding pear imports, the volume has also reached one million kilos for the Coscia/Ercolini variety, which comes entirely from Chile.

The company, which a few years ago was also an important reference in imported apples, no longer maintains the same purchase rate with this product, except for some club varieties that are highly differentiated and with great flavour. “Importers have dropped in importance due to the European capacity to store apples in dynamic controlled atmospheres, which allows the market to be supplied with apples from August to August”

Amongst the company’s most recently initiated business lines, two very different ones stand out. On the one hand its commitment to electronic commerce through several companies specialising in this segment; and, on the other hand, the important productive commitment meant by the start-up of “La Pequeña Holanda” farm near to the town of Arcos de la Frontera in Cadiz, three years ago, aimed at exports of winter vegetables (cruciferous, pumpkin, leek, parsley root, sweet potato, etc.)

A firm defender of bringing back flavour as the only tool to boost consumption, Ismael Carrasco qualifies that “not only are we selling fruit, we are also feeding people and this means that flavour must be defended above and beyond the health discourse. We already know that it is healthy to eat fruit and vegetables.”

Prev“We are firm supporters of ecological produce”
TAE: committed to the environmentNext
YOU COULD ALSO BE INTERESTED IN