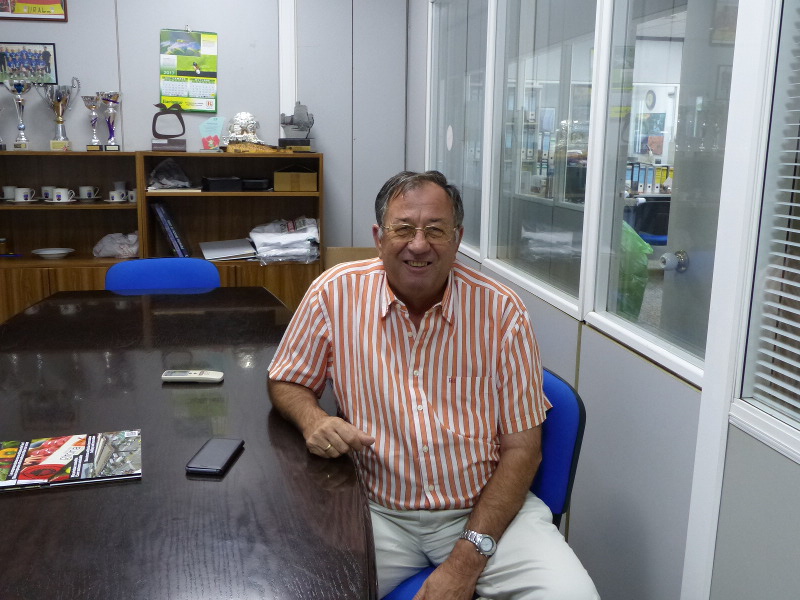 Last year alone Almeria, the main national producer, recorded an increase in surface area for peppers of 9%, according to data from the Department of Agriculture. The good prices, with an average of 0.80€/kg, have pushed farmers and companies to commit themselves to this vegetable. In the case of Hortamar, which predicts increasing the cropland used for this vegetable by 4% between California, spicy and Palermo type peppers. However, Miguel Moreno, a founding member and chairman of Hortamar, is cautious about the future of this product.”I do not know to what extent the market will bear the continuous increase in volumes. Additionally, a bad year is very expensive for farmers because it is an expensive crop, with lower production than others, such as tomatoes.” In his case, peppers are the third product in volume, with around 9 million kilos forecasted this year, outstripped by cucumbers (14 million) and tomatoes (10).

In order to diversify the offer, the cooperative is opting for papaya growing, a product that it will market through Anecoop, of which it has been a member for over 20 years. Last year, they placed 300,000 kilos of this fruit on the market and for 2017/18 they plan to make a quantitative leap to 1.5 million kilos. Regarding this tropical fruit, Moreno says that “you either love it or you hate it.” In his case, he belongs to the former group. “I have been eating them for many years; they are very healthy and provide a multitude of benefits for the organism.”

To cope with the increase in papaya production, they have adapted a calibrating and packaging machine, continuing with the constant modernisation that they carry out (last year they renewed all the cucumber machinery and prior to this, they did the same for peppers). The most popular papaya formats range between 600 and 700 grams, with 2-4 calibres and padded packaging to prevent damage to the fruit during transport.