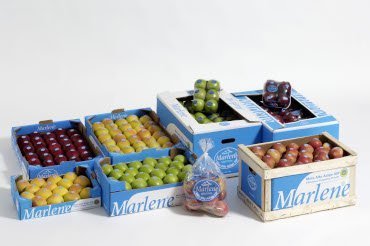 The Italian consortium plans to devote over 1,800 ha to new varieties over the next five years

The apples from the almost 5,000 producers associated to the VOG Consortium occupy a surface area of over 10,000 ha. They are mainly family farms, with a few hectares each, where variety selection is essential.

Until recently, Golden Delicious represented over 25% of the harvest. Now, the forecasts for this autumn estimate that Royal Gala will reach the first place in the classification, leaving Golden Delicious in second place.

In the recently finished campaign, it has been seen that the plentiful offer of Golden Delicious has had problems for finding a market in the traditional areas, such as Italy and Spain, which are already completely saturated. And the new markets, such as India or Southeast Asia, prefer other varieties.

This is the reason for the need to continue advancing in the development of variety innovation projects that were started at the end of the ‘90s, starting off with the introduction of Royal Gala, followed by Fuji. Important investments were made at the beginning of the new millennium in the first “club apple”, Pink Lady®. In recent years, this has been followed by other varieties, such as Kanzi®, Jazz™ and envy™, which stand out due to their excellent organoleptic qualities and for their crunchiness and juiciness, characteristics in line with modern consumer demands.

The strategic project “Variety Innovation 2025” by the VOG Consortium proposes the commitment to the new variety projects for the next 5 years to reach a total of 1,800 ha, subdivided up into projects that are already known and other completely new ones.

With regard to the consolidated projects, an investment in Club apples, which are already considered to be successful is planned: another 120 hectares of Pink Lady®, 140 more of envy™, 80 of Shinano Gold/yello®, 140 of Crimson Snow®, 120 of Joya® and to finish, 30 of Sweetango®. All these varieties will cover different months in the season’s marketing plan. Therefore, for example, the variety Minneiska, marketed with the name Sweetango®, an early apple that is harvested at the beginning of August, will accompany the first Royal Galas from the new August and September harvest. The Joya® and Crimson Snow®, red and two-tone apples, on the other hand, are programmed for the end of the season, adding to Golden Delicious, in the months from April to July, as a valid alternative to imported apples.

Additionally, VOG has proposed to its associates the launching of some new varieties, the rights of which they hold exclusively in Europe, managed together with the VI.P Consortium.

These are three new “managed varieties”, apples with variety protection that will be marketed with a specific brand. The first of them is Cosmic Crisp®.

The other two varieties, still in a development phase, are called SK 22 and SK 23. Both are resistant to apple tree fungus; they have long shelf lives and are strong, allowing them to cover the end of the sales season and to face up to the longer journeys, to overseas destinations.

This last quality is increasingly strategic for the Consortium. To reach the new overseas markets, with journeys of four weeks in containers and an onsite distribution that does not guarantee the maintenance of the cold chain, the key to success lies in the product’s impeccable quality.

The European apple market is experiencing a structural crisis of overproduction, due to the enormous investments made in thousands of hectares, in Eastern Europe, which have yet to reach their full production. This offer has reached the European and Mediterranean markets and, in the near future, they will mean a bitter competition in the prices of the classic varieties.

On the 1st of August, the first day of the new season, a change in the management of VOG took place. Gerhard Dichgans, manager of the Consortium for 29 years, handed over his position to Walter Pardatscher. “We must set our course looking to the future with renewed energy, united and purposeful. We will continue developing new varieties and looking for new markets. On this aspect, we expect to reach a number of important goals over the next two years,” Pardatscher confirms.