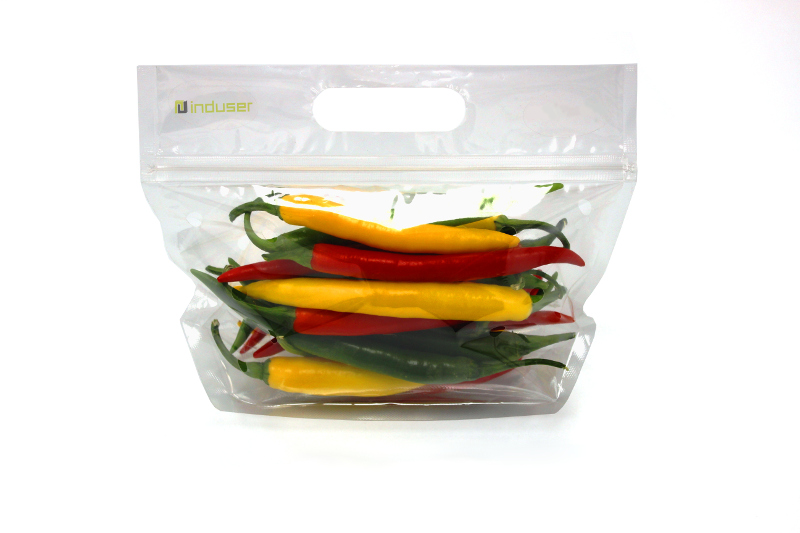 A new year is beginning and, as is usual, companies are going over their own activities to set new goals and improve. In the case of Induser, one of the main motivations for 2018 is “to refine our machinery and to innovate in order to follow the trends and demands of the markets.” To do this, they keep in direct contact with their clients, who give them the keys for optimising their products. An example of this is the multi-head weighing machine, highly accurate and fast, the range of which has recently been extended with a new series for automatic pepper weighing. “Up to now, it was carried out manually, but our systems allow a very accurate weighing with colour percentage control,” explains Pedro Martínez, manager of the company from Almeria. An important advance, since it streamlines the handling of the three-colour preparations, such as sweet and spicy peppers.

Along with the special weighing system, Induser has developed a new packaging machine for ‘zipper’ type bags, one of the global packaging trends. This format that is very popular in American supermarkets, is common in the three-coloured snack peppers segment and it is also very useful for packaging cherry tomatoes, grapes, cherries and many other products, Martínez explains. “Zipper bags have many benefits: they are easy to transport and they help to keep the produce fresher, because consumers can close the bag again after opening it. We believe that they will become increasingly used in Europe.”

Another of its important solutions is the multi-format weighing machine that allows work with containers, cups or buckets, and that allow virtually instantaneous changes to be made. Just one response to the need for greater flexibility and efficiency that was detected in some of their clients.

With a growing market share on foreign markets (currently representing 30% and its goal is to reach 50% over the next 3 years), Induser is opting for cultivating international relations. “Last year we worked a great deal in North America and Africa and this allowed us to extend our view of the world market.” On this point, they are also satisfied with the feedback provided by their presence at international trade fairs.