Oki will be the brand used for new flat fruit additions 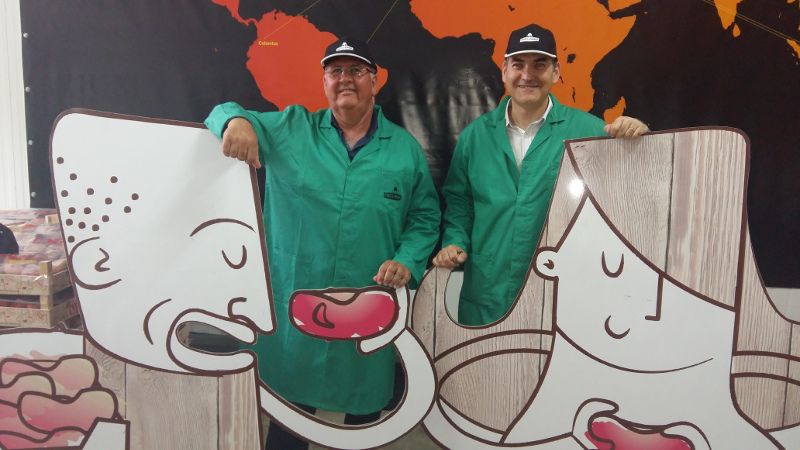 The Oki flat peach brand made its debut during this campaign as the exclusive hallmark from the cooperative Fruits de Ponent, but in the future the company will use it for other flat fruit as well.

After different avatars which, a few years ago, were used as the common brand name for seven Catalonian operators coordinated by Afrucat, Oki has now made a discreet comeback with Fruits de Ponent.

“Oki has reached European markets, particularly the German one and from this point onwards we will begin the long task of replacing our brand name Or de Ponent with Oki,” Josep Presseguer, general manager of Fruits de Ponent explains.

“We don’t want to force the machinery, but rather create a coherent process where a natural change occurs regarding preferences. We have a top quality brand that will be accessible to many consumers. When we have enough strength and volume, we will invest in its promotion,” he qualifies.

The season. Regarding the campaign, the Catalonian executive explains that “the great difference this year is that prices have not collapsed in July, something that had become endemic in the campaigns of 2014 and 2015, making the prices impossible in August.”

The situation is completely different now and although the earliest productions caused difficulties in June, this improved in July. “From now on, we are waiting to see how this campaign concludes as a whole. The scarcity of produce allows us to be optimistic and even consider that the prices could go up.”

Regarding the new markets that have opened up for Spanish stone fruit, Presseguer confirms that the Group’s preference at the moment involves consolidating and extending markets in Europe and little by little, making incursions into more distant markets in Asia, the Caribbean or some South American countries.

The island of Cuba, where Fruits de Ponent is already registered as a company, would be one of these destinations. “We are waiting for the protocol to be signed by the Spanish authorities.”

One of the company’s goals, started up several seasons ago, involves the addition of new produce to its commercial portfolio, aimed at maintaining the cooperative group’s activity over a longer period during the year. And although stone fruit is the company’s productive banner, other references, such as apples, persimmons and kiwis, have all found their place.

Fruits de Ponent, the number one European stone fruit operator marketed a total of 65,000 tonnes in 2015. 80% of its volume is concentrated on the different stone fruit categories (peaches, nectarines, flat peaches, cherries, apricots) and the remainder corresponds to other categories, amongst which high altitude apples stand out.