Opal®, golden apples are back in fashion 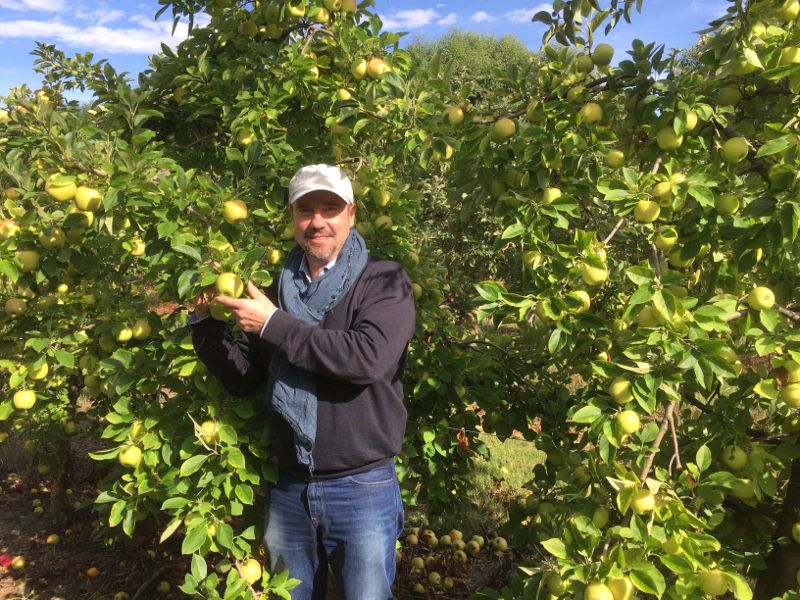 There is a revival of golden-coloured apples on the market, and the Opal apple is one of them.

European Opal production this year will reach over 3,000 tonnes.  Most of the trees are already in their fourth year of production. There are many different licence holders all over the European continent, for example: in Italy the Consorzio la Trentina and Ortofruit are the two authorised companies from the Opal club.

In Spain, the two companies that have agreements to market this golden apple are the Catalonian firm, Nufri and the company from Aragon, Orchard Fruit. A few years ahead of them is Univeg in the United Kingdom, which is about to start its fifth campaign and SanLucar is a partner working on the German and Austrian markets.

Production and marketing efforts are also positioning this apple in the Southern Hemisphere, with partners such as Dutoit in South Africa, Mr. Apple in New Zealand and several others in Chile. 2017 will be the first year’s harvest for these latitudes.

From the agronomic point of view, it is a very vigorous plant, resistant to many diseases and which, depending on the region it is grown in, can adapt very well to organic farming, although its production potential can also lie in traditional farming methods.

Michael Weber, manager of the German company that owns the brand, fruit.select GmbH, explains that the target in the medium and long term is to position the brand in a Premium apple segment, an aspect which, on the other hand, he acknowledges “is not an easy task, but that we have the right partners and product to get to where we want to.”

“Furthermore, the link between the yellow colour and the Golden variety is a fact for most European consumers, which in principle could be a disadvantage, but our aim is to create an independent category and I think that we will start to achieve this from the moment when good feedback is given, once consumers have tried Opal.”

In order to do this, one of the differentiating points will be the packaging, aimed at consumers who are looking for something different and who value the flavour over the colour and of course, who are attracted by the yellow varieties compared to the red ones.

The development of Opal responds to a unique story related to the years of the Cold War in the Czech Republic, from where this apple originates. Aimed at seeking out a source of Vitamin C that could replace citrus fruits, which could not be either grown or imported, the local plant breeders developed an apple that could rectify this deficiency and that contained the same antioxidants as oranges. And this is where the UEB 32642 appeared, or the result of the cross between Golden Delicious and Topaz. And given its characteristics, the new variety does not turn brown when it is cut and it is perfect for juice making; in fact SanLucar has already presented these on the market.