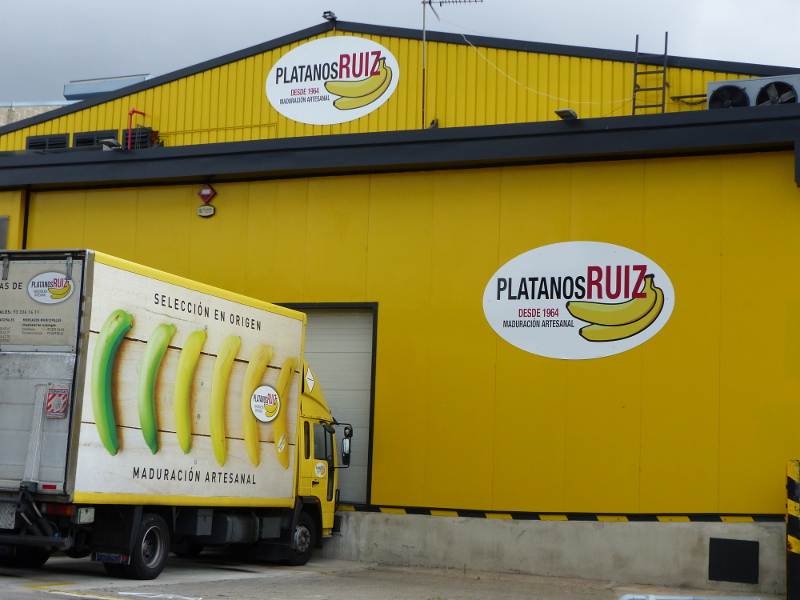 In an ever-changing world, the company from Mercabarna continues to remain true to the spirit that gave birth to it: its specialisation in bananas and plantains.

The Catalonian company is a unique case within the sector. Since the middle of the last century, 1964, the year it was established, the family-run company has not changed its company philosophy and continues to work with a single produce line: Canary bananas and, by extension, plantains.

“The economic situation and the years of crisis changed the commercial profile of many companies, in the sense that many stopped working with lines in which they were highly specialised, and others joined the world of the banana. We have not felt this need, because we have a strong belief in the product and all the company’s know-how revolves around bananas,” José María Ruíz, current manager and second generation in the company explains.

However, this situation has not meant the company has stood still and not reinvented itself to adapt to the new times, since three years ago it made an important investment to modernise its infrastructures, aimed at gaining in efficiency. The refurbishment allowed to expand the cold storage and the ripening space, a process involving an important amount of craftsmanship. In total, twelve ripening rooms were added, through which around 10 million kilos of bananas pass every year.

This renewal included the building’s main façade, the loading and unloading bay, as well as the side of the warehouse.

Without distancing itself from the world of marketing, the company decided to improve its corporate image, not only at its central plant, but also on its transport vehicles. An immense illustration shows the ripening process in full colour: from the range of greens to the predominance of yellow, appears on its lorries.

All of this, without pushing the commitment to on-line marketing to one side, where the company has the Facebook page “Locos por los plátanos.” (Mad about bananas).

In 2016, banana distribution and ripening companies recorded a growth of 7% compared to the previous year. On this point, the executive explains that “banana and plantain consumption continues to rise year after year because society is moving towards a healthier profile and the advertising for Canary Island bananas has realised this and is also linking it to sports. All of this benefits us.”