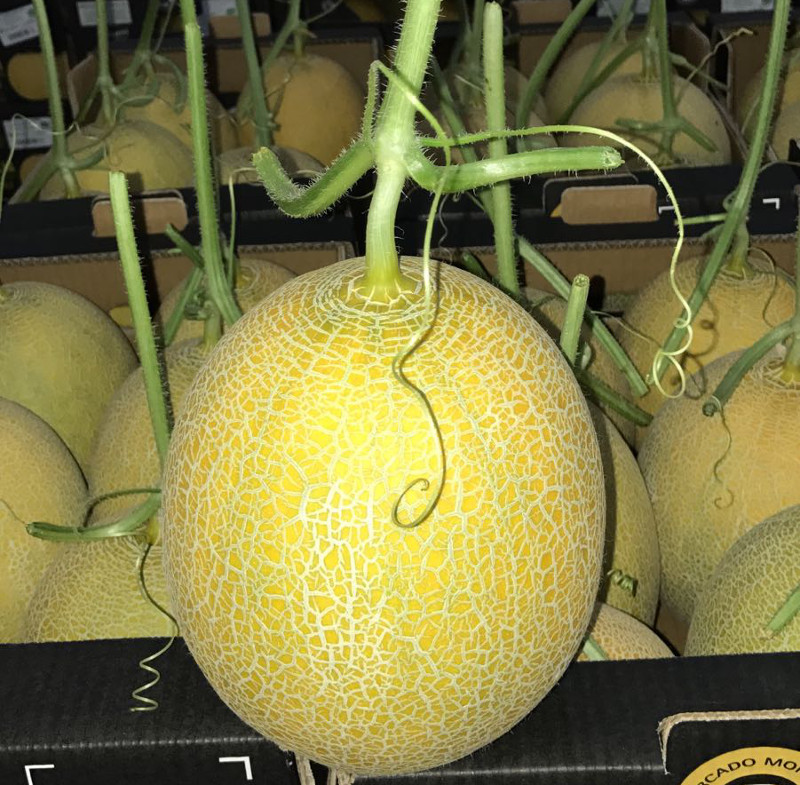 Amongst these are OKI for flat peaches, Fashion and Bouquet in watermelons, Peris in pumpkin or Melón de mi Viejo.

Alongside these brands, the Catalonian company has not abandoned its own brands such as Ronda Fruits, which gives the company its name and Ronda Verde, which have recently undergone a restyling to adapt them to the new times, and Ronda Fruits Bio, a forward-looking project for ecological produce.

Albert García and Pau Capdevila, executives from the company, explained to this magazine that “to be able to build you need to work with brands since, amongst other things, the brand represents confidence in the product.”

During the summer campaign, one of its unique products is the Galia melon, harvested with its stalk. Albert García explains that “a sale that started off four years ago as minority, is reaching important volumes due to the feeling it gives of freshness.”

In Piel de Sapo, the flagship “Melón de mi Viejo” from the company Subasur is marketed.

The OKI flat peach from Fruits de Ponent also has a high demand, which has had an exponential development since last year.

During the winter, Ronda Fruits opts for leafed mandarins, with integrated, local production; as well as leafed lemons. The company distinguishes itself with the logos ‘Producto de Proximidad’ (Local produce: Catalonia is an important shipper) and ‘Producción Integrada’ (Integrated production).

The company’s origin has always been closely linked to export and a direct consequence of this is the fact that 60% of its sales remain in this area. France is the company’s main market, followed by Italy.

PrevPlátanos Ruiz: single product exclusivity.
“We are firm supporters of ecological produce”Next
YOU COULD ALSO BE INTERESTED IN