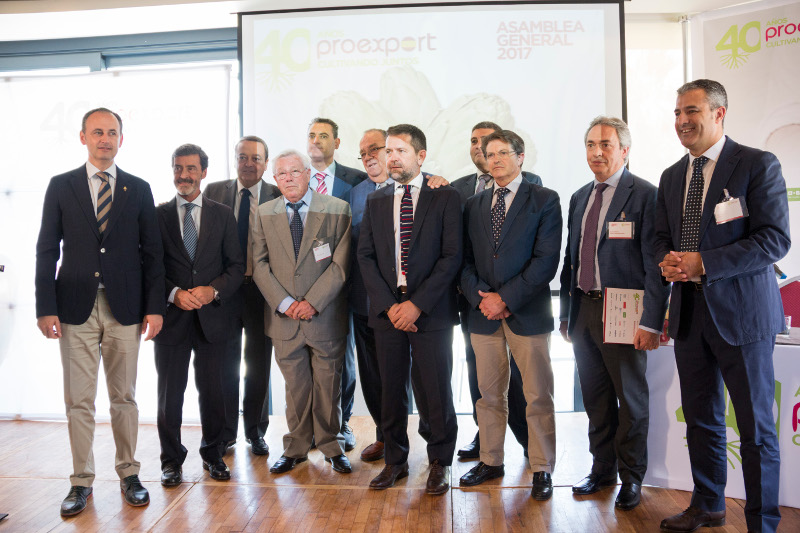 “Proexport will continue to lead the fruit and vegetable growing sector for another 40 years, just as it has done to date,” its chairman, Juan Marín, stated during the General Assembly held in Murcia in May of this year. To do this, Marín stated that “we must continuously renew and adapt ourselves in order to not lose the markets.”

Analysing the 2016-2017 campaign, Marín qualified it as “complicated with frenzied ups and downs” because “the drought that has lasted four years has been joined by other weather conditions that have driven the markets crazy, causing the lettuce crisis, with malicious attempts to discredit us, which got no further than this, just attempts. We stood up for ourselves, serving our customers and for this reason we continue to be the greengrocer of Europe.”

At this forum, David del Pino, an agri-food consultant, gave his presentation “Disruptive Changes in the Fruit and Vegetable Sector,” in which he explained that the discount chains are winning the match against the traditional stores, offering products for the middle classes, incorporating Premium and low category produce in the same space. In his opinion, “the production from Murcia has shown its capacity for reinventing itself, in spite of obstacles such as water restrictions.”

As recognition for the 14 founders of the Association, Proexport paid tribute to two of them: Miguel Durán and Pedro Sánchez at the event “40 years Cultivating Together.”

Over 250 people took part in this event that brought together an extensive representation of companies from Murcia, Eastern Almeria and Vega Baja of Alicante.

PrevDon’t you know how to register?
A bird’s eye perspectiveNext
YOU COULD ALSO BE INTERESTED IN