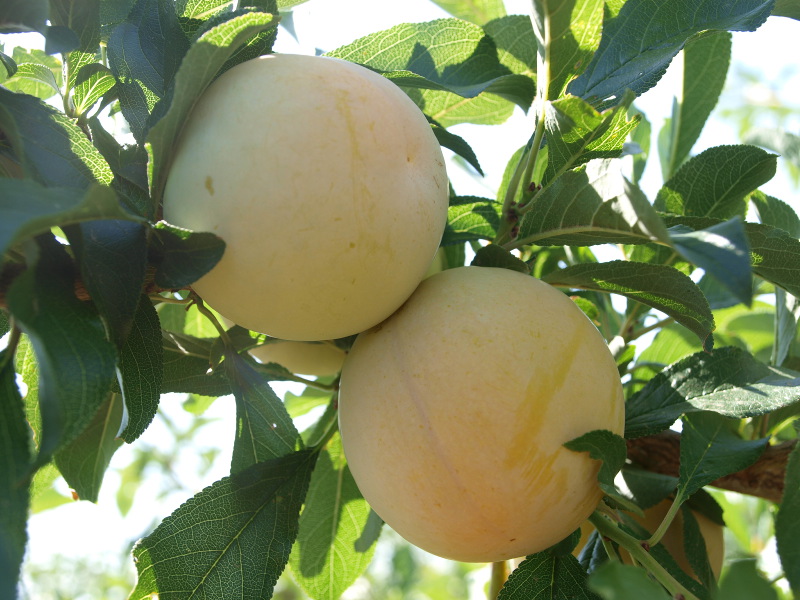 The commitment to flavour in Provedo’s varieties has become a principle and, at the same time, a symbol that identifies the company itself.

Its work lines provide all the possibilities to reach customers with a comprehensive and effective proposal, constantly collaborating with producers as the formula to find out their requirements.

The company is immersed in a permanent research process through its R&D centre in Don Benito, a route to present products that solidly respond to the market demands, a market to which it brings a catalogue with 90 protected varieties including peaches, flat peaches, Platerinas® (flat nectarines), clingstone peaches and plums. In this case, we can advance some new developments such as the clingstone type yellow peach, Argos, yellow-skinned plums, Blondie 79 and black-skinned plums, Ebony 88 and 85.

The yellow-skinned plum Blondie 79 is characterised as being an early variety, large in size, with resistant skin and that is quite productive. The Ebony 88 and 85 plums are two interspecific varieties obtained through a cross of plum and apricot, which has allowed obtaining a very sweet flavour and great aroma. Another of the research lines is aimed at obtaining varieties with increased post-harvest. Therefore, work is being carried out to adapt varieties of nectarine, flat nectarine and peach developed along with the Chilean team from Andes Nursery Association (ANA) to Spanish weather and cultivation conditions. This collaboration has responded to the “transit time” problem that is such a concern for the sector, bringing export horizons that are increasingly further away.

On the other hand, the excellent results by the references that are already consolidated such as Argos and Extreme are also worth mentioning. With its extra early clingstone peach, Argos it has gained immediate market approval due to its elasticity regarding the cold requirements in the winter and its good post-harvest and the Extreme line, which is already well known and popular since it gives a very sweet, aromatic, crunchy and juicy fruit.

Provedo currently has 200 hectares in the meadows of El Ebro and El Guadiana where it carries out its trials and produces its plants; in addition to 5,000 square metres of warehouses and 8,000 cubic metres of cold stores. To this is added a laboratory for “in vitro” crop reproduction, a process with which it increases its production capacity and the possibility of reproducing new varieties quicker. It has facilities that are designed to give the best and the most advanced service possible along with the capacity to be able to continue getting ahead of the requirements of an increasingly demanding market.